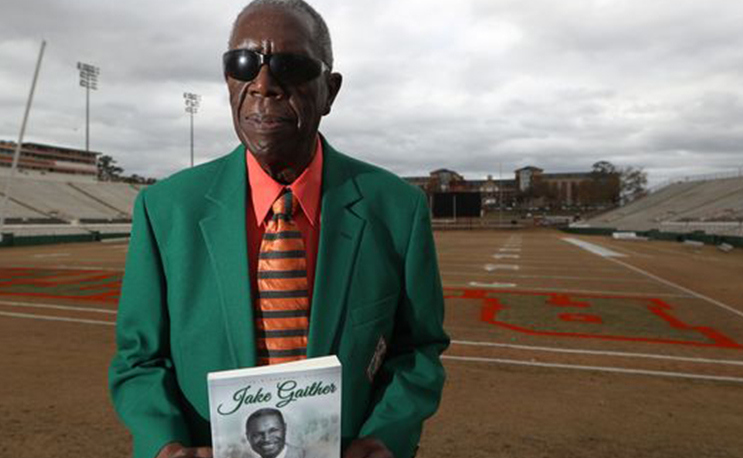 When I learned of the passing of former Florida A&M University athletics director, sports information director and journalism professor Roosevelt Wilson, I was reminded of the quote “People come into your life for a reason, a season or a lifetime.”

In my case, Mr. Wilson came into my life for a season in the summer of 2006. I had just finished my sophomore year as a Mass Communication major at North Carolina Central University and my father informed me that I would be spending eight weeks in Florida working as an intern reporter for the Tallahassee Capitol Outlook under the tutelage of Roosevelt Wilson.  Mr. Wilson was the owner and publisher of the paper at the time.

A little backstory… my father, Ernie Pitt, was the owner/publisher of his own newspaper, The Winston-Salem Chronicle. And “back in the day” Roosevelt Wilson had won a fellowship to work at any black-owned newspaper of his choice in the country and Roosevelt chose The Chronicle, which was voted the best black newspaper in the country that year. After his fellowship in North Carolina ended, Mr. Wilson went back to Florida with a mission to own and publish his own newspaper, which he did in 1991 when he and his wife bought The Tallahassee Capitol Outlook.

Fast forward to 2006 and I was headed to Florida to intern with Mr. Wilson as something of a “returned favor” between the two publishers and friends. When I arrived at The Capitol Outlook, the atmosphere was very familiar for me, having been raised in a family run, black-owned, weekly newspaper, because the Outlook was just that…a family run, black-owned, weekly newspaper.

When I met Roosevelt Wilson, the first thing I noticed was that he was an incredibly warm and humorous man. He told me the stories about his fellowship with my father, cracked a few jokes and showed me around the paper, introducing me to his staff and family, most of whom were one in the same. We connected over a love of sports and food and I immediately felt welcomed in the family. During my stay, I could count on a daily joke and pat on the back from Mr. Wilson, a football chat over coffee with one or both of his sons Van and Vaughn and a “how’s it going” and restaurant recommendation from his wife Cather.

He was always smiling and cheerful even when stressed, which he rarely showed. Mr. Wilson was just as complimentary of my writing as he was encouraging me to do better, he was mild mannered, funny, and gave off an infectious positive energy.

And while I felt incredibly welcomed to the Capitol Outlook family, I was growing tired of doing what was the same work I had grown up doing. I worked for my father’s newspaper during high school and by 20 years old I could write a 250-word story on a school opening or community event in my sleep. I was honestly questioning if print journalism was the path I wanted to take, but naturally, I felt obligated to my father and his legacy in the newspaper business. This disillusionment must have been obvious to Mr. Wilson during my internship because, during my exit interview, Mr. Wilson kept it all the way real with me.

I remember him giving me some light praise for being reliable and turning my stories in on time and well written, but he leaned over to me, put his arm around me and said, “I don’t think you really like doing this… what do you really want to do?”

I paused for a second and told him I wanted to go to film school but that I felt like I would be letting my father down by not going into the family business. Mr. Wilson took a moment and responded with a sentence that would ultimately change my life.

“Do your thing, your pops will understand.”

It was a small thing for him to say but coming from him it held plenty of weight with me, and before I left Tallahassee that summer I had transferred from NCCU to Cape Fear Community college and enrolled in its Film and Video Production program.

That was the last time I ever spoke to Mr. Wilson, our season had ended and our paths never crossed again. Fast forward almost exactly ten years later, I had found myself at the crossroads of my passion and my destiny. I was shooting and editing football games in my first season with HBCU Gameday when I came across a familiar face at a Coastal Carolina vs Florida A&M football game in South Carolina. It was Roosevelt’s son Vaughn, he was the Sports Information Director at FAMU and we stood across from one another with the look of unknown familiarity. Once we realized our connection my next question was about my old summer mentor who had unknowingly sent me on a path that had taken me directly into my life’s purpose.

Fast forward again to 2018 and I’ve seen Vaughn Wilson twice this year alone as I covered his Rattlers in both of their upset wins in North Carolina. Every time we connect on the sideline I’m still received with that same family energy and love that I was shown by the Wilson family when I showed up as an intern in 2006.

My thoughts and prayers go out to the wonderful Wilson family as they deal with the loss of their patriarch. There will be a memorial service for Roosevelt Wilson at 11 am on Monday, October 29 at the Old West Florida Enrichment Center, 2344 Lake Bradford Road, Tallahassee Florida. The Wilson family would like to request that in lieu of flowers, family and friends would honor his legacy with a donation to his scholarship fund, housed at the FAMU Foundation. The funds will be used for much-needed athletic scholarships. Click here for a direct link to donate.

389
The Latest in HBCU Sports and Culture