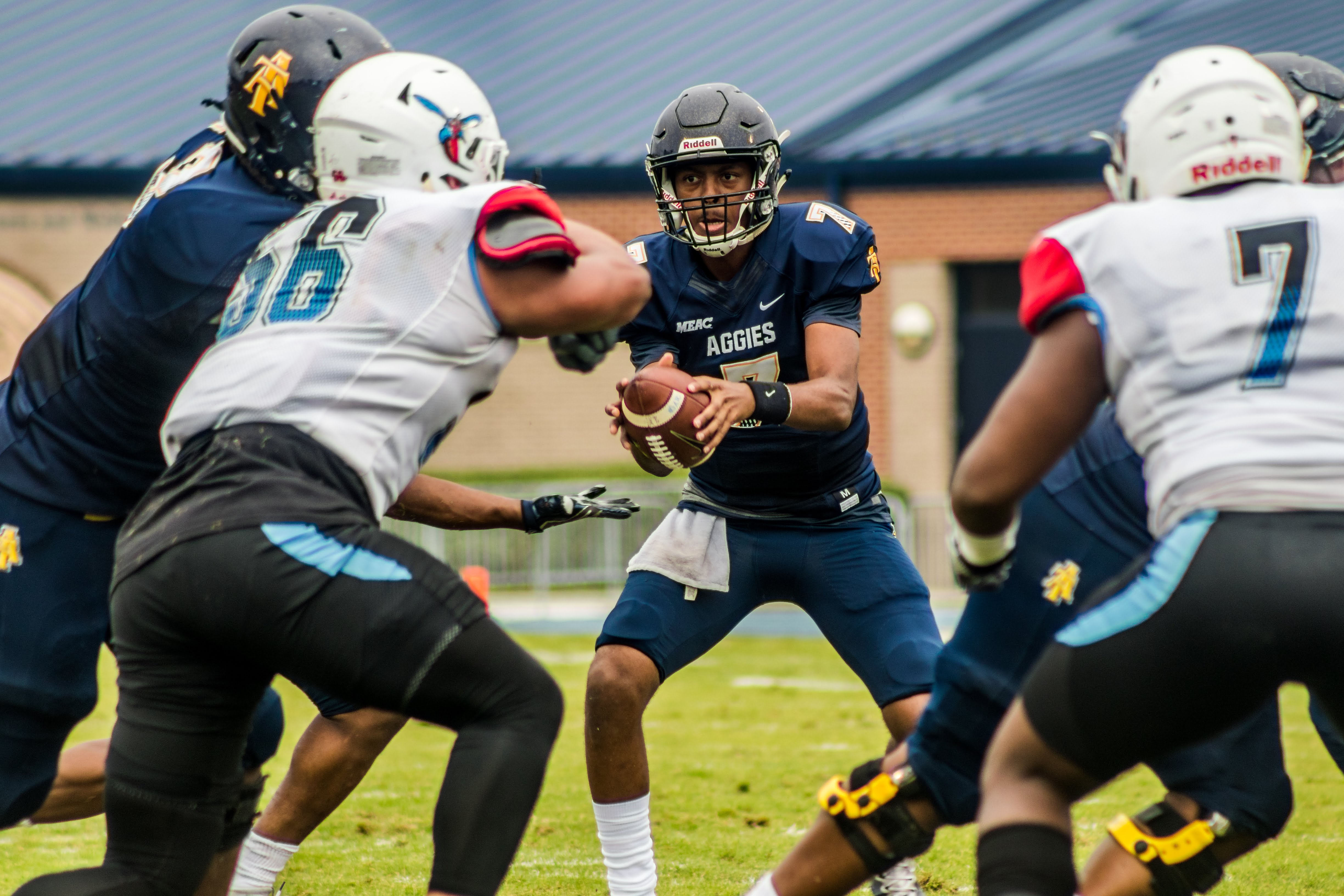 A&T picked up a solid win at Delaware State to remain perfect in MEAC play.

Lamar Raynard ran for two touchdowns and threw for  171 yards with three more touchdowns to score for the Aggies ( 4-1, 2-0). His night ended midway through the 4th quarter as Kylil Carter and 3rd string QB Jalen Fowler finished out the rest of the game.

Delaware State (0-4, 0-2) struggled offensively and defensively, only able to score via field goals. Jose-Romo Martinez was 2-for-3 in field goals including a 49-yarder.

Delaware State takes on the Bison of Howard University next week while the Aggies and the Florida A&M Rattlers duke it to remain unbeaten in MEAC play.