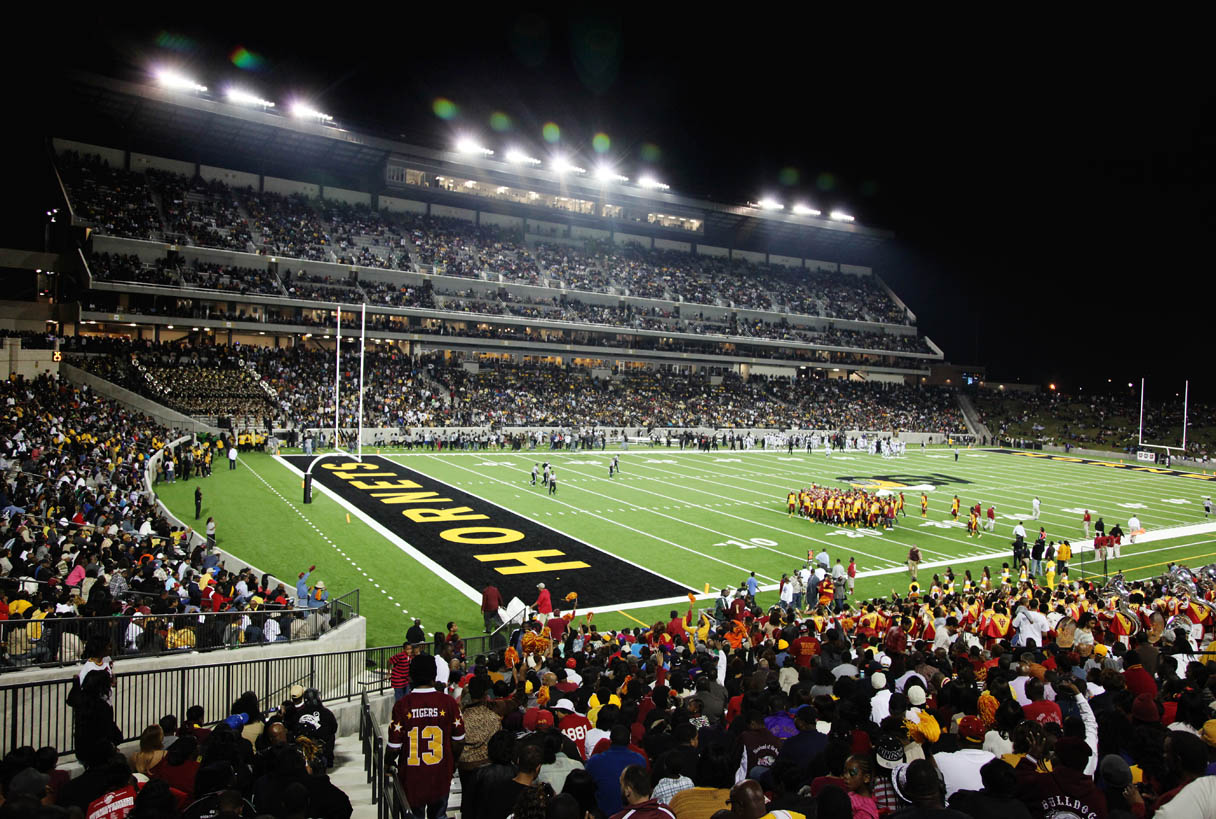 HBCU Gameday is teaming up with Alabama State to give HBCU fans the broadcast they’ve been waiting for. Including the full halftime show!

ATLANTA | The Alabama State University Department of Intercollegiate Athletics and HBCU Gameday have announced a partnership that will allow for the network to air all four home football games in the 2018 season.

The two initially teamed up to air the Black & Gold spring game in April, the first of its kind for HBCU football.

“This is a monumental opportunity and we are proud to partner with Alabama State,” Tolly Carr of HBCU Gameday said. “Our broadcast will be a showcase of everything that the HBCU Gameday experience is, including the halftime show.”

Carr will be joined on the broadcast by former Hornet and NFL player Greg Jenkins as the analyst for the 2018 season.

“We are excited about HBCU Gameday coming on board with us this fall after airing our spring game,” Alabama State Interim Director of Athletics Jennifer Lynne Williams said. “This is an exciting time at Alabama State as we get ready for the 2018 football season. The platform that HBCU Gameday will give us both socially, and on Amazon Fire, will continue to broaden our brand across the globe.”

“It’s an exciting time for us at Gameday,” founder Steven J. Gaither said. “We will highlight the student-athletes and ASU, but also the Mighty Marching Hornets, The Stingettes and the Honeybeez. We will be in the booth, in the stands and at the tailgate to give viewers the full HBCU experience at Alabama State.”

Alabama State opens the season at home against Tuskegee September 1 in the Labor Day Classic, with kickoff set for 5 pm. Season tickets and single game tickets are now sale for the 2018 season. The Hornets play four home games during the campaign with Jackson State, Texas Southern and Mississippi Valley State joining Tuskegee. Several options are available for fans this season, including a Young Alumni package and group rates. For more information, call (334) 229-4551 or visit BamaStateSports.com.

Founded in 2012, HBCU Gameday is a media and tech company that utilizes technology to highlight HBCU sports and culture.