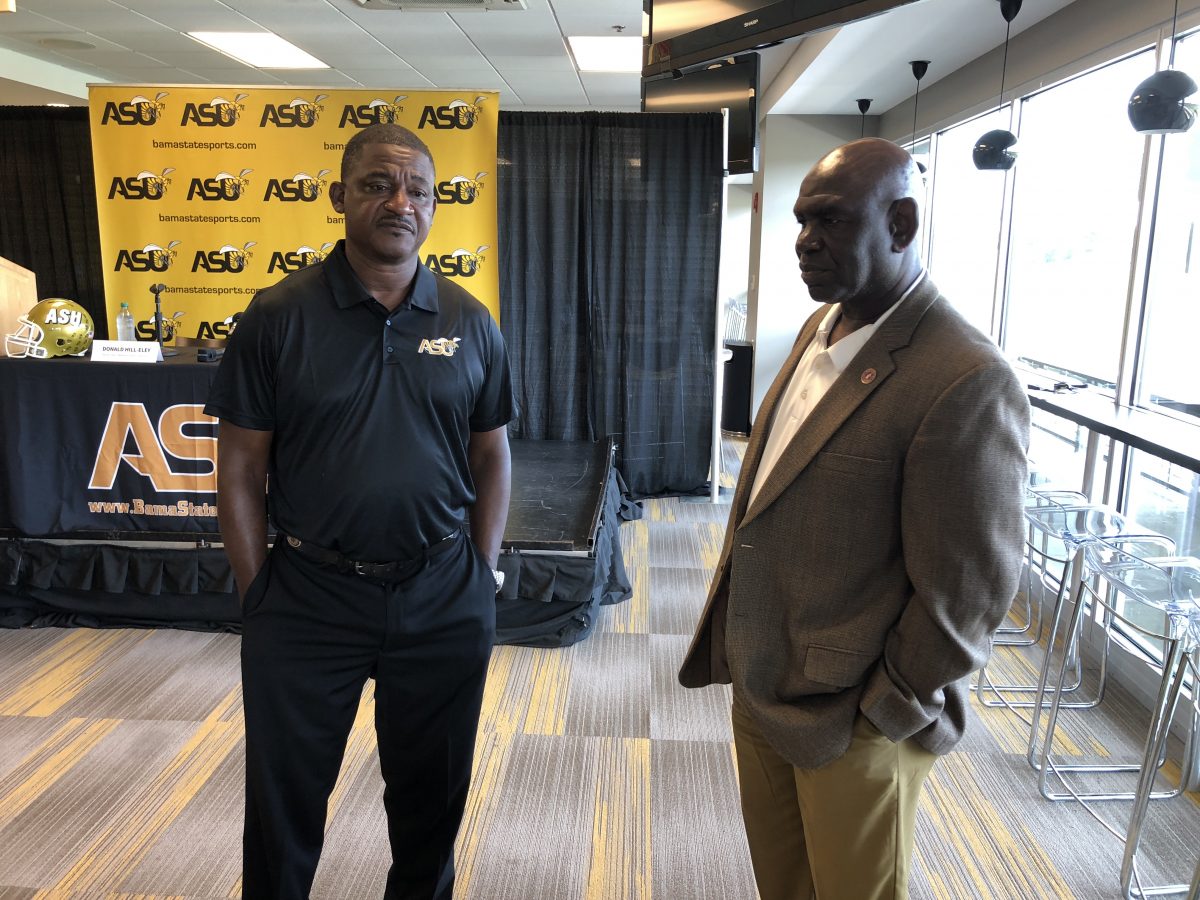 Coaches talk but players will have the last word.

MONTGOMERY, AL–Donald Hill-Eley and Willie Slater had a cordial conversation about football on Wednesday, probably their last until at least September 2.

Alabama State and Tuskegee will open the season with a homecoming type energy in the very first week.

“I lived in a hometown of Alabama State and Tuskegee fans, so I’ve been hearing it all my life. That’s what makes it great, those fans,” said Tuskegee head coach Willie Slater.

Last year was the renewal of a bitter and fun rivalry between the big state school and small private institution in Alabama. Tuskegee and ASU met annually in the Turkey Day Classic ever since Moses parted the red sea up until 2012.  The game conflicted with Tuskegee’s playoff aspirations but last year the series was renewed as a season opener, not a closer.

Tuskegee muscled out a 14-6 win last year in front of a sellout crowd, something that bugged the Hornets all season long.

“To have a game with as much weight as this game right off the bat, this game either makes or breaks a lot of seasons if you don’t handle it right,” Donald Hill-Eley said.

This game is dominating the talk around HBCU fans in Alabama as always. The excitement could result in a record-breaking gate revenue by the time the game starts. That’s the hope for Jennifer L. Williams, Alabama State’s Athletic Director.

“Last year we were at about 600 (thousand dollars) this year I’m hoping that we can get the million dollar gate. We have exceeded our single game ticket sales for Tuskegee by about $50,000 compared to last year,” Williams said.

Tuskegee leads the all-time series with Alabama State 62-34-4. The game will kickoff on Saturday, Sept. 1 at 5 pm. HBCU Gameday will broadcast the game live on our Amazon Fire TV Channel and YouTube.