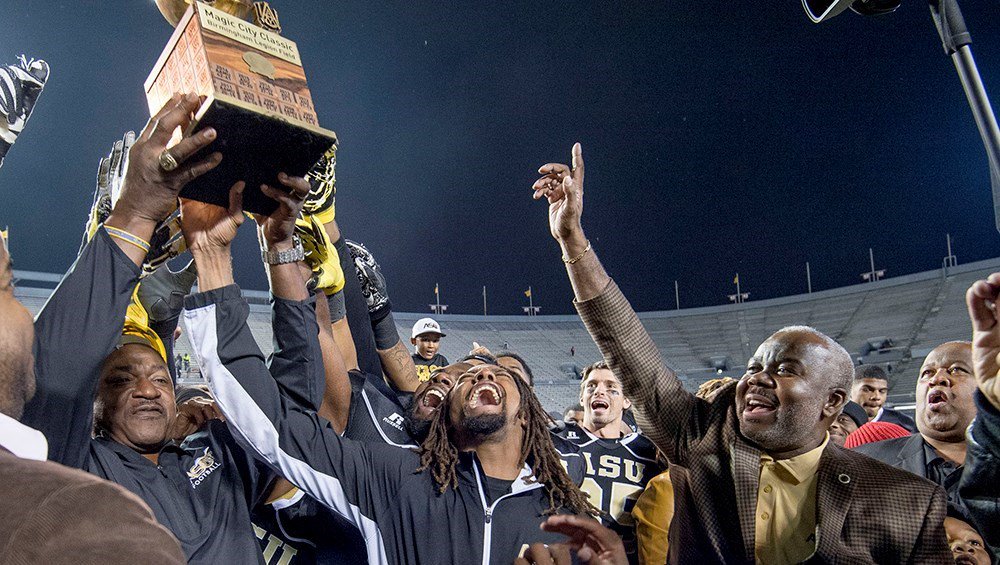 All home games will be broadcast live on HBCU Gameday

Alabama State has the facilities, the uniforms, the fans, and a dominant athletic department. But the title in the biggest sport as eluded the Hornets for the last 14 years.  In 2015 the Hornets brought in one of the best young coaching talents in the country in Brian Jenkins who came to Montgomery with an impressive 46-14 record from Bethune-Cookman which included three top 25-finishes, four conference titles, and three trips to the FCS playoffs. Jenkins went an unimpressive 9-17 while at ASU and was fired mid-season after starting the year 0-5. In came Donald Hill-Eley who went an impressive 5-1 as the interim head coach.

Now Hill-Eley is the head man in Montgomery and outside expectations aren’t as high as they were in years past. The Hornet defense was the shining light for the team in 2017, only giving up 18 points per game which ranked 18th nationally. That defense from a year ago returns 9 of its 14 top tacklers so the defense should be solid again.

The offense has been the problem since Reggie Barlow’s departure in 2014. The Hornets were ranked 116th nationally in total offense and couldn’t settle on a quarterback. Quarterback Darryl Pearson looks to be the starter but must improve if the Hornets are to be a contender in the SWAC.

No cupcakes for Hornets

The schedule is downright brutal to start. Alabama State will have to face rival Tuskegee, FBS Auburn, nationally ranked Kennesaw State, defending SWAC Champ Grambling, four-time division champ Alcorn, and FBS South Alabama all within the first six weeks of the season.  If the Hornets can steal a game at ASU or GSU during the first half of the season, every game is winnable over the second half of the season.