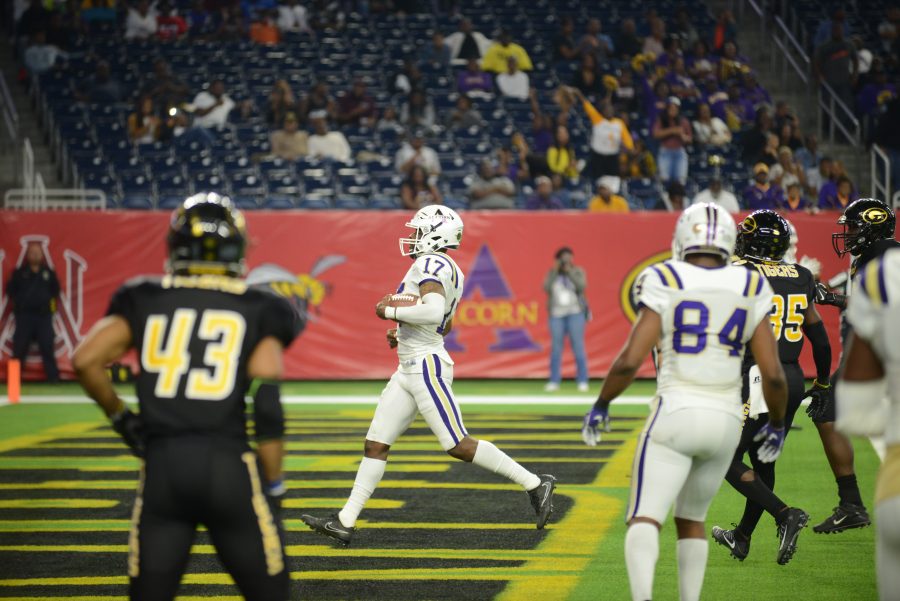 Color us surprised. Grambling and Alcorn still teams to beat.

BIRMINGHAM, AL–Media Day is underway in Birmingham for the Southwestern Athletic Conference and predictions are out on the table. The head coaches have voted for the predicted order of finish and the preseason players of the year. Here’s what they are thinking.

No real surprises here. Grambling and Southern are predicted to fight things out in the west. Prairie View, Texas Southern, and UAPB are thought to be the third wheel on that bicycle. In the East, Alcorn is expected to rule supreme once again. Alabama State has come up through the ranks a bit with its second place prognostication. Jackson State, AAMU, and Valley are picked three through five.

Alcorn State lost a strong running back in De’Lance Turner but they are returning a strong replacement in P.J. Simmons.  Simmons was the voters’ choice for the SWAC Preseason Offensive Player of the Year award. In 2017, the running back made the most of his split work with teammate and All-SWAC First Team selection De’Lance Turner as Simmons averaged 8.6 yards per carry. He totaled 80 carries for 687 yards and seven touchdowns.

Grambling State De’Arius Christmas was tabbed as the SWAC Preseason Defensive Player of the Year after ranking among the best in the conference in several categories including tackles (88), tackles for a loss (17.5), sacks (4.5) and forced fumbles (two). The senior linebacker was a two-time SWAC Defensive Player of the Week in 2017 and realized a breakout performance during the 2016 SWAC Football Championship when he was named the Defensive Most Valuable Player in the Tigers’ 27-20 SWAC Championship victory against Alcorn State after recording 12 tackles and a sack.

Here are the first and second team preseason selections for offense, defense and special teams.