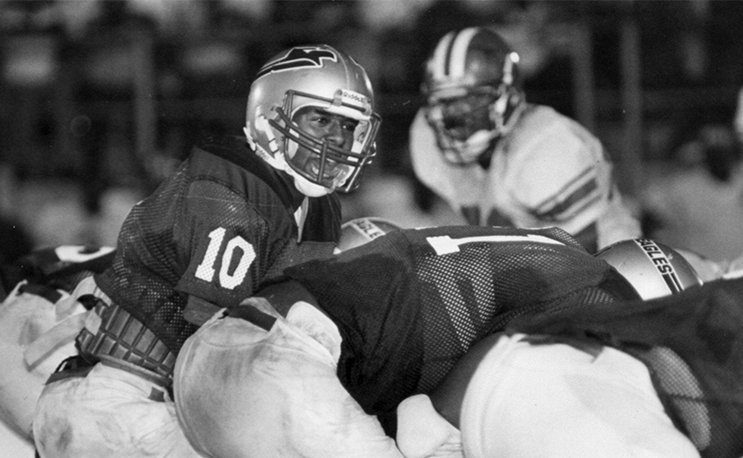 When it comes to quarterbacking legends, the CIAA has had its share, particularly over the last 30 years. In this post we’ll take a look at the no. 3 quarterback on our list.

I know that many heads from the 80s will stop reading right now, but let me explain why the man they called “Air” even before the McNair Brothers is listed this low.

Thirty years after he stepped off the field at O’Kelly-Riddick stadium, the Fayetteville native still looms large in the NCCU, CIAA and even Division II record books. He came out the gate with a 3,000 yard passing season, the first freshman in NCAA history ever to do so. He finished his career with monster numbers, throwing for 10,621 yards, compiling 10,663 total yards and 86 touchdowns, all national records.

So why is he not on top of this list? Well first, there’s his interception total. He threw 81 picks in four years, an average of 20 per year. So almost every touchdown he scored was counter-acted by an interception. Then there’s his completion percentage. Only once in his career, his junior season in 1987, did he complete more than half of his pass attempts. His passing numbers went down significantly after receiver Robert Clark graduated and the team’s best season came when he threw the least.

In short, Harvey was ahead of his time, but accuracy wasn’t his strong point and his team got better the less he threw.