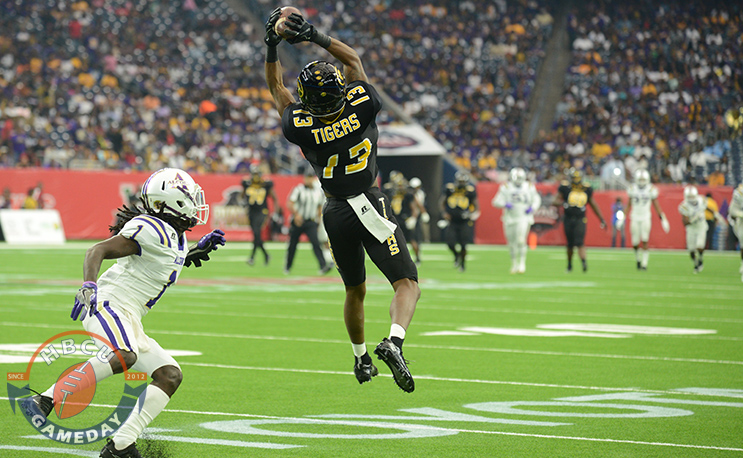 Grambling State is headed back to the Celebration Bowl after a thrilling win over Alcorn State in the SWAC title game.

The matchup that HBCU football fans have been wishing for the last three years is finally coming to fruition.

Grambling State made quick work of Alcorn State on Saturday, coming up with a 40-32 win to claim its second-straight SWAC Championship title. That means GSU will face MEAC Champion North Carolina A&T in the Celebration Bowl.

Quarterback DeVante Kincade led the way for Grambling, completing 14 of 24 passes for 223 yards and two touchdowns. He also ran for two touchdowns, including a 27 yard score with a spine-tingling spin move.

The two teams were tied at 10 after one quarter thanks to long touchdown drives, muffed punts and field goals.

Then came a second quarter run in which Grambling scored 28 unanswered points to take a commanding 38-10 lead into halftime.

Alcorn Makes It A Game

Grambling added to that lead early in the fourth quarter with a safety to increase its lead to 30 points. Alcorn State would cut into the lead in the fourth with a 34 yard touchdown pass from quarterback Lenorris Footman to Norlando Veals.

Footman would come up with a five yard touchdown run, helping to cut the lead to 40-24. Running back DeLance Turner would add a six-yard run of his own, and the two-point conversion made it a one-score game.

Grambling failed to respond with a score, but its punt went down to the two-yard line, pinning Alcorn back near its own endzone. It managed to get near midfield but couldn’t get it in the endzone as it ran out of time.

Grambling’s win gives it 26 SWAC titles, eight in 10 appearances in the SWAC Championship Game. It will have a chance for its 16th black college football national title when it takes on A&T (11-0) on Mercedes-Benz Stadium.