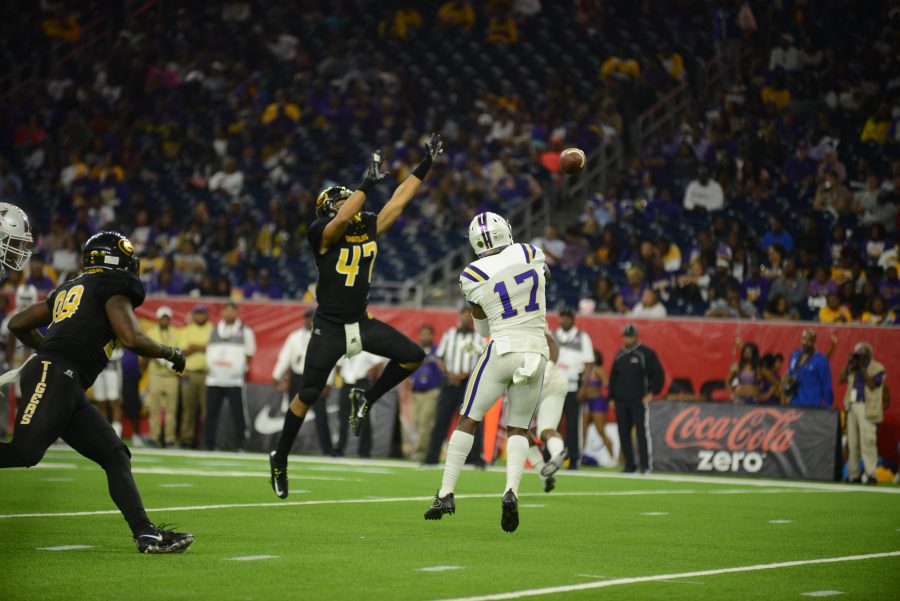 SWAC reverses course on football, doubles down on Birmingham.

BIRMINGHAM, Ala. – The Southwestern Athletic Conference is pleased to announce a partnership with the City of Birmingham that will bring its two most high-profile championship events back to the Magic City.

With the agreement, the 2018 Toyota SWAC Football Championship returns home to Legion Field, and the Bill Harris Arena – located adjacent to the Birmingham Crossplex — will host the 2019 SWAC Men’s and Women’s Basketball Tournament.

“I’m grateful to Mayor Randall Woodfin and City of Birmingham on this renewed partnership to bring the SWAC football and basketball championships back to the Magic City,” Interim Commissioner Edgar Gantt said. “Birmingham is a city rich in sports tradition, particularly with SWAC football, and the city has made many improvements to its sports infrastructure here in Birmingham. This next year will play an important part as the SWAC prepares for its centennial celebration.”

Legion Field served as the initial site for the SWAC Football Championship from 1999 to 2012. It also hosts the annual Magic City Classic between Alabama State and Alabama A&M, which consistently ranks as the highest-attended HBCU football classic in the country. Birmingham served as the home of the SWAC Basketball tournament during the mid-2000s, with Bill Harris Arena hosting the event as recently as 2009 before the tournament moved to what is now known as Legacy Arena for the following year.

The Bill Harris Arena has hosted numerous state, conference and national championship events as well.
“Birmingham is fully committed to the SWAC, its institutions, leadership, alumni, and student-athletes. As the home of the SWAC headquarters, we are proud of the role Birmingham has played as the founding site of the SWAC football championship game and as a longtime destination for the SWAC basketball tournament. We look forward to again hosting SWAC fans for these premiere events,” Birmingham Mayor Randall Woodfin said.

The SWAC Football Championship game will be held on Dec. 1, and the SWAC Basketball Tournament will take place March 13-16.