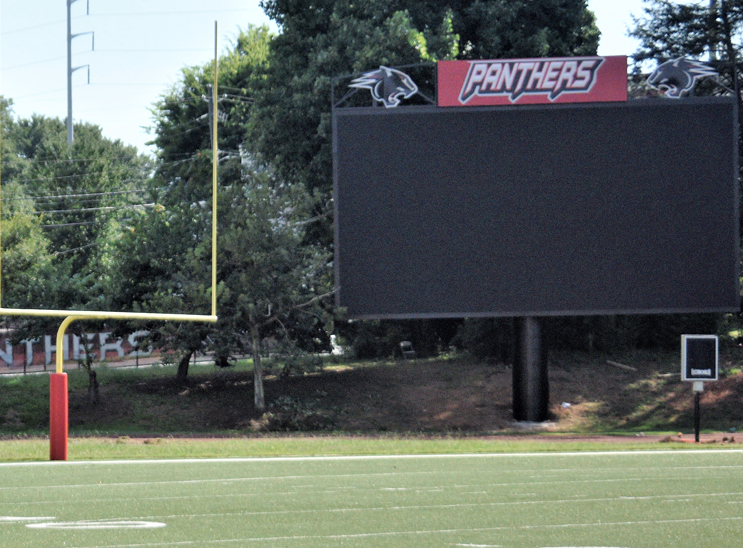 The Clark Atlanta Panthers will be missing a lot in quarterback Jonathon McCrary this year. However, there’s a lot of new things to look forward to this fall at Panther Stadium.

A new video scoreboard was just installed giving Panther fans something new and shiny to enjoy. Coach Kevin Ramsey knows McCrary isn’t walking through that tunnel this fall but he remains optimistic. He intends to “light up” that new scoreboard in more ways than one.

“We got some transfers coming in that we plan to use to replace those big puzzle pieces we lost,” Ramsey said at the SIAC Media Day.

Accomplished QB on the sidelines

He has a former Mississippi Valley State quarterback coming into the program this year as well. This guy is out of eligibility, however.  Willie Totten, the man who threw all of those touchdowns to Jerry Rice, is now the offensive coordinator.

“I’m very excited. When I saw that scoreboard going up I told him it’s time to go right now. I see a lot of positive things going on at Clark. That was one of the things that attracted me to the job. I thought that was a blessing,” Totten told HBCU Gameday.

Coaching a bunch of 19 and 20-year-olds might fall out of the wheelhouse of the demographic that knows about Rice and Totten at Mississippi Valley State. Coach Ramsey had to school his players on a little HBCU history.

“I had to get them to google and look up Totten man. That’s how the years have gone by right? They googled him and now they are all excited,” said Ramsey.

They should be excited. Totten set more than 50 NCAA DI-AA passing records during his playing days at Valley. The Delta Devils averaged 59 points a game during the 1984 season, with Totten throwing for a record 58 touchdowns and leading the Delta Devils to the Division I-AA playoffs. Totten was later the head coach at MVSU from 2002-2009.

Totten already has a fire lit beneath him in “Hotlanta.” He was less than enthused to be picked last in the division in the SIAC preseason poll.

“I looked at where they had us predicted to finish fifth and I can tell you what. We won’t finish fifth.”