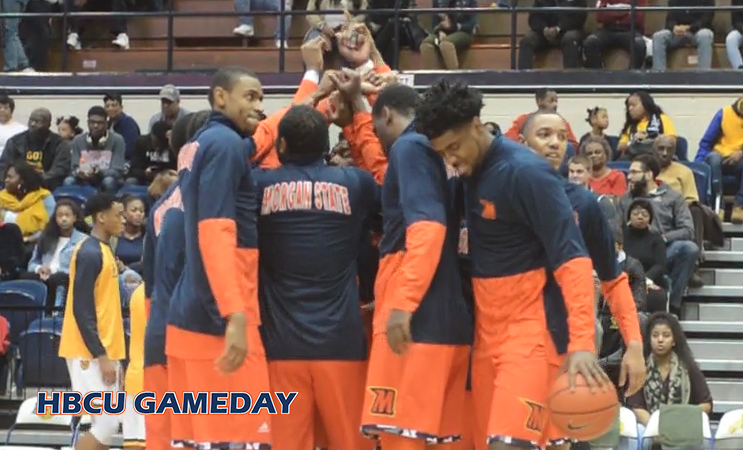 Another one bites the dust. In just a week, two Morgan State’s basketball players have announced their transfers via twitter: forward Alex Ennis and forward Elijah Staley. Both Staley and Ennis were role players for the Bears last season.

Ennis made 55 game appearances in two years and concluded his last season at MSU, averaging 1.3 PPG, 2.2 RPG, and 0.1 APG. The 6-10 Jamaican big man announced that he’d be taking his talents to the SWAC, to play for Southern University in his final season of eligibility.

Ennis emphasized in how thankful he was for his time at Morgan State and informed all of his followers, that’d he’d be moving on.

“Basketball paved a major way for me in life, through it I will be able to leave Morgan State University with my Bachelors Degree this December,” Ennis tweeted. “Now it is time for me to start a new journey in life, which will help to mold me into a better man moving forward. I have committed to Southern University, to finish my last year of College Basketball and to start my Masters Degree.”

The former quarterback at SEC’s Mississippi State transferred to Morgan State in 2017 to compete for the QB position.

However, at 6-7, 245 pounds, MSU’s basketball coaches felt he’d make a significant impact on the court as well. Following football season, Staley traded in his cleats for a pair of sneakers to play for the Bears as a forward.

In the same fashion via twitter, Staley announced that he too would be transferring.

“I am excited to announce that I will be attending Dalton State College in the fall and I could not be happier because it was a long shot that I ended up anywhere at all!” he said.

Morgan State will have to mitigate the major loss to the team, as they also have to replace star players Phillip Carr and Tiwian Kendley.