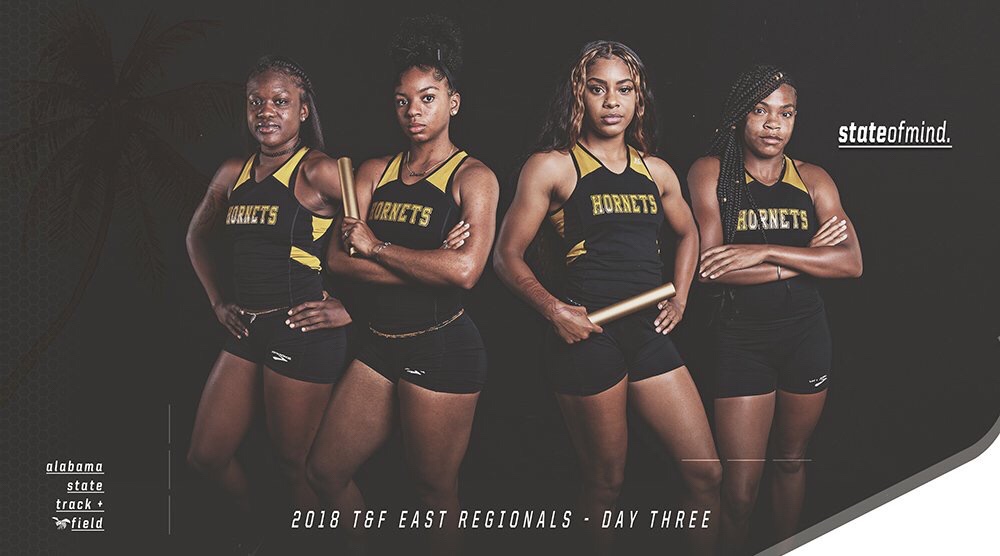 TAMPA, Fla. | This time last week, Alabama State head track and field coach Ritchie Beene was calculating whether the women’s 4×100-meter relay team would get a spot into the East Preliminary Round given their region ranking.

Alabama State was in the mid-80s after their best time of the season, and even after the duplicate teams were taken out they were still outside the top 24 at 25th overall. However, when the declaration lists came out this week, they found themselves in the meet in the last spot available and didn’t rest there.

The group went out in heat three knowing the time they needed to hit in order to make the NCAAs in Eugene in June. The top three teams from each heat, plus the next three times qualified for the national championship meet, and after the first two heats were complete Alabama State took their spot in lane eight of heat three.

“I think my heart stopped three times during that relay,” Beene said. “They stayed the course and were able to accomplish their goal and qualify for the next round.”

The Lady Hornets not only qualified for nationals, but they did so by finishing in the top three of their heat with a time of 44.72 seconds to grab the 11th spot overall of the 12 teams qualifying the national championship. The team finished just 0.30 seconds behind eventual heat winner LSU (42.42 seconds) and ahead of Northwestern State (44.74 seconds). They were able to finish ahead of the likes of Duke, Penn State, Miami, Purdue and North Carolina A&T in their heat.

Shamaria Lovett, who qualified for the NCAAs Friday in the 400-meter hurdles, led the relay team across the line running the anchor. She and her teammates will participate in the NCAA national championship event beginning June 6 in Eugene.