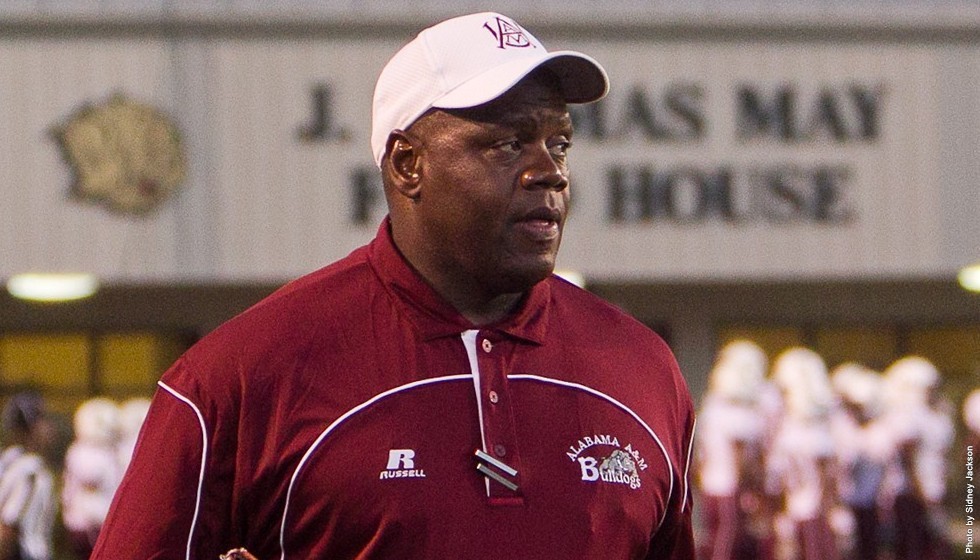 Elizabeth City State made waves when it fired its head football coach just before the start of spring football in March. Two weeks later it has a replacement who is a Super Bowl champion and a former Division I coach.

Anthony Jones, former Washington Redskins linebacker and coach at Alabama A&M, has been named the new coach at ECSU.

Here is the full release via ECSU.

FOR IMMEDIATE RELEASE – A Super Bowl champion has been tapped to be the next Elizabeth City State University Vikings head football coach.

Anthony Jones, a member of the 1987 championship Washington Redskins, will join the Viking football program this spring. Jones, a native of Baltimore, has distinguished himself as one of the top winning coaches in Alabama A&M University history, where he led the program from 2002 to 2013.

His .592 winning percentage is the highest since A&M went to Division I. Jones led the A&M Bulldogs to a six-game winning streak five times during his stay at A&M. His teams have always been ranked as some of the best for Academic Progress Rate amongst HBCUs, and ranked as a leader in the number of student-athletes to graduate.

In 2006, he led the Bulldogs to their first and only SWAC title in football and tied the school record, which he set with nine victories the previous year. The Bulldogs posted back-to-back nine-win seasons in 2005 and 2006. The 2006 SWAC Coach of the Year led A&M to five Eastern Division title games and finished his tenure at the university with a record of 83 wins and 57 losses.

Jones first played college football at the University of Maryland Eastern Shore before transferring to Wichita State University. Following graduation in 1984, Jones was drafted by the Washington Redskins where helped win the 1987 Super Bowl. He would go on to play for the San Diego Chargers in 1988, and the Dallas Cowboys before retiring in 1989.

Since 2016, Jones has been pursuing his Masters of Education in Student Affairs at the University of West Alabama. He is expected to complete the program this spring.

Off the field Jones has been involved in numerous fundraising projects for his football programs. He also served in the Minority NFL Coaches Program, and is a graduate of the NCAA Minority Coaches Academy. He has also served on a number of NCAA committees.

ECSU’s hiring of Jones means he and Reggie Barlow will once again become conference and division rivals. Barlow formerly coached at Alabama State before landing at Virginia State in 2016. He has led his team to 18 wins in his first 21 games as coach at VSU, including the 2017 CIAA title.