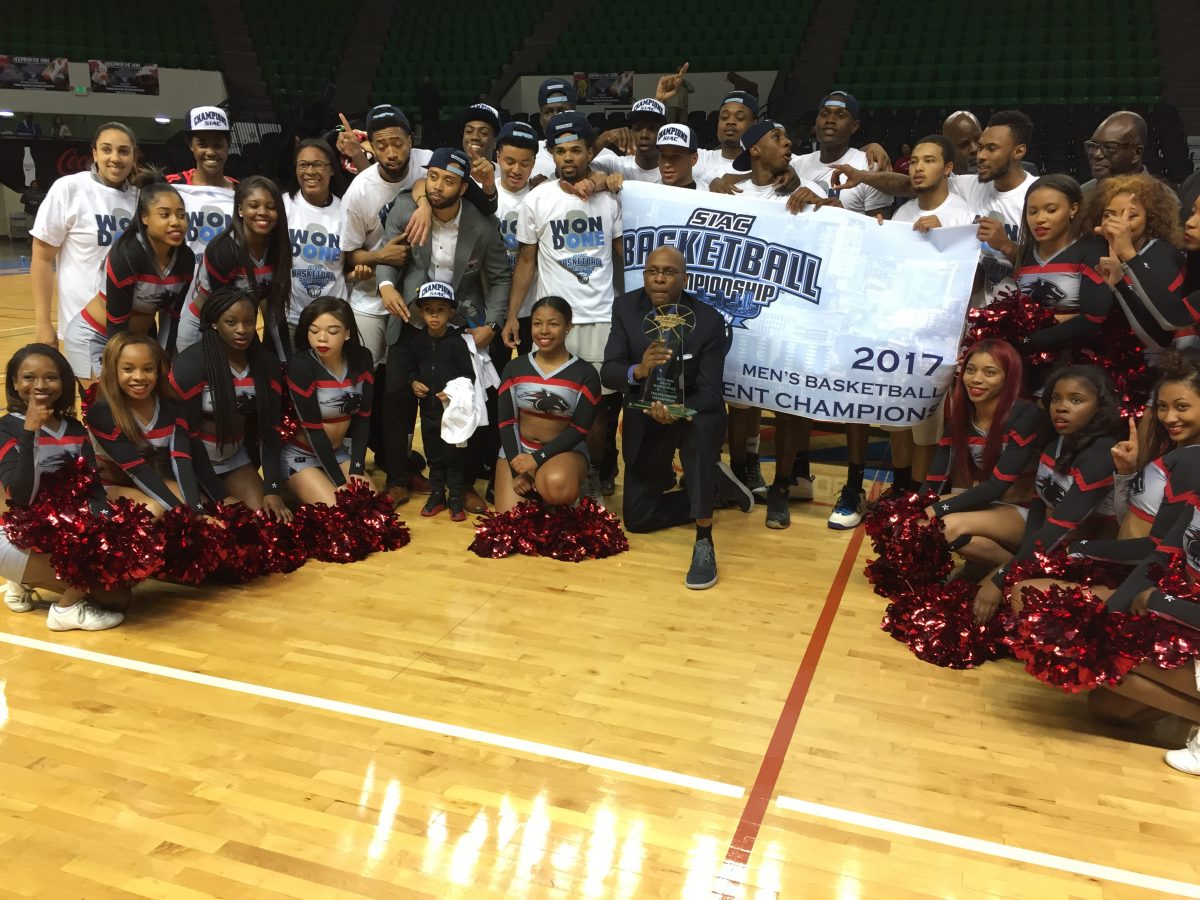 ATLANTA–Darrell Walker will be announced as the new head coach at the University of Arkansas at Little Rock on Friday.  Before leaving Clark Atlanta, Walker shared an emotional moment with his now-former players on campus.

Walker hugged the players and briefly broke down during the meeting in the locker room.  The group of assembled players all hugged and congratulated Walker in an emotional scene.

Walker leaves behind a 45-18 record at CAU, including one SIAC Championship and two NCAA tournament berths.

“My time here at Clark Atlanta University was a very special, warm and friendly time in my life and my career,” Walker said.  “It just has been a place where I needed it and it needed me, so it worked out perfectly.  It was tough talking to my players yesterday about leaving, what we had built here, the relationships, how much I was proud of them and what we’d accomplished over the last two years, the notoriety we brought to the school, uplifted the school.  It was tough.  I broke down in front of my guys because they mean a lot to me.  And this school, Clark Atlanta University, is going to mean a lot to me.”

“Two years ago, we hired Coach Darrell Walker with the expectation that he would build a championship program worth of regional and national recognition, serve as a life coach to student-athletes beyond graduation, and create an excitement within the Atlanta community, as well as attracting national business networks.  He exceeded all expectations and became a true partner within the campus community,“ said CAU Athletic Director J Lin Dawson.

Official press conference scheduled for Friday at 9 a.m. at the Jack Stephens Center.#LittleRocksTeam

He went on to become the 12th pick in the 1983 NBA Draft, playing for ten seasons in the league.  Walker enjoyed a 20-year coaching career in the professional ranks as an assistant and a head coach. He led the Toronto Raptors from 1996-98 and the Washington Wizards in 2000.

Yet Clark Atlanta was the only school, at the time, who thought Walker’s NBA experience translated to value in the college game.

What’s next for Clark Atlanta

“Given the important recruitment period that we are in, we have started a national search and look to have the next Clark Atlanta University Panthers men’s basketball coach in place within the next two weeks,” he said.

Who is Little Rock?

The Little Rock Trojans are a Division I, non-football member of the Sun Belt Conference. They play basketball in the 25 million dollar Jack Stephens Center. Which probably qualifies somewhere between the Air Canada Center and Epps Gymnasium.

Little Rock will hold an official news conference on campus at 9 a.m.  Wes Flanigan was fired earlier this month, opening the door for Walker.  This season’s team went 7-25 and 4-14 in the Sun Belt.