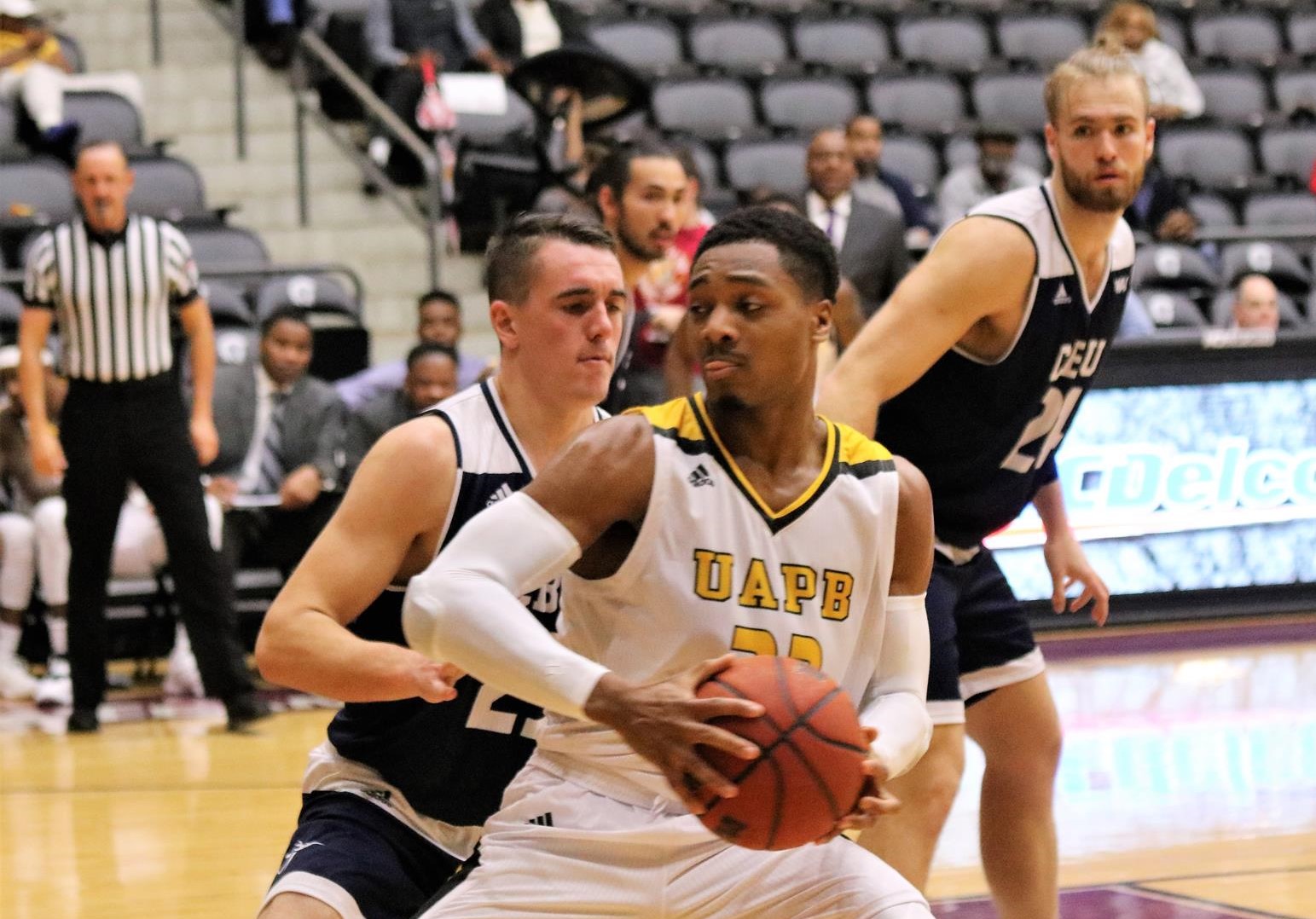 Martaveous McKnight shows why he’s going to be a problem in the SWAC once again.

LITTLE ROCK, Ark. – The University of Arkansas Pine Bluff Golden Lions produced a phenomenal performance with a 75-66 victory over tourney host Little Rock at the Jack Stephens Center in the Continental Tire Las Vegas Holiday Invitational. Darrell Walker is in his first year of coaching at Little Rock after leaving Clark Atlanta last season. Senior Southwestern Athletic Conference Player of the Year Martaveous McKnight scored 20 points in the second victory of the season for UAPB as it captured the Holiday Invitational crown.

It was quite the holiday weekend for @UAPB_MBB. They first win a Triple OT thriller yesterday & then take down Little Rock to win the Las Vegas Invitational Upper Division title (BTW the first time I heard this song was leaving a game in Pine Bluff last year) @UAPBLionsRoar pic.twitter.com/co1tHtMXMH

-The Golden Lions led 38-31 at the break
-Las Vegas Holiday Classic MVP Martaveous McKnight finished with 20 points on 6-of-15 shooting from the field to go along with eight assists and two steals in the victory
-Senior guard Charles Jackson connected on 6-of-12 3-point shots and finished with a game-high 21 points
–Shaun Doss made his presence felt with a commanding 18 points (7-for-16 FG), five rebounds,
-UAPB was outrebounded 42-37 in the contest
-UAPB’s bench outscored the Trojans bench 29-13
-The Golden Lions were red hot from 3-point range, connecting on 8-of-19 three-point shots in the opening half