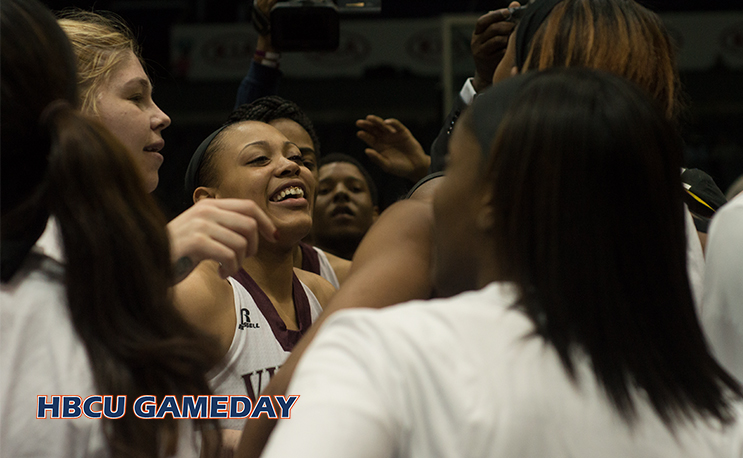 Charlotte, N.C- Virginia Union came to Charlotte and claimed what it left on the table a year ago. The VUU women defeated Bowie State 73-57 to claim the CIAA title on Saturday. Seniors Rachel Pecota and Alexis Johnson both finished the game with double-doubles, Johnson with 21 points and 18 rebounds, Pecota with 28 points and 10 rebounds.

VUU controlled the game in its entirety, never allowing BSU to take the lead in the matchup. The Lady Panthers had a lead for 39:15 of regulation and the game was tied for 45 seconds. VUU allowed only six points in the first quarter and went into the half with double the points of BSU at 32-16.

Virginia Union maintained its largest lead of 25 points in the third quarter. Bowie started to show life and began a run, getting the deficit down to 12 points, but Virginia Union quickly regained control. The Lady Panthers dominated in scoring and defending, having 31 defensive rebounds from their total of 49.

y’all see anybody else with this #NETCAM you know where they got it from. pic.twitter.com/X2twS1IC5f