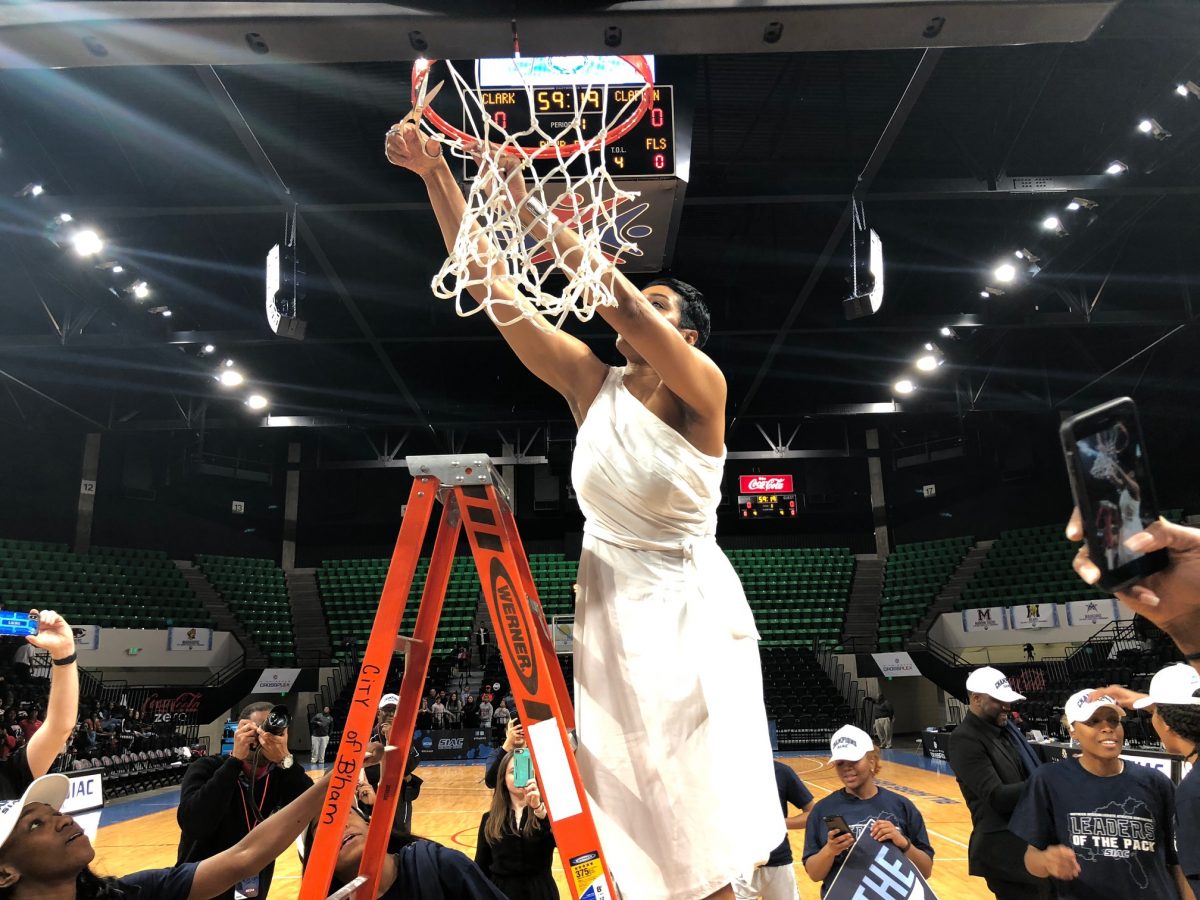 Magical season ends with a loss in national tournament.

Playing as the no. 8 seed on the road didn’t bode well for the champions out of the SIAC.  The Clark Atlanta University Lady Panthers fell to Union University on Friday night 94-50.

Naomi Holloway had 15 points to lead CAU but was just 1-7 on three-point shots in the game.  Marissa Mandeldove finished her Panther career with 13 points and 6 rebounds in the loss.

CAU was outscored 27-12 in the first period and never gained any traction against the top-seeded Union.

First-year coach Yolanda Moore finished the season with a 20-9 record, a SIAC Championship, and coach of the year honors in the league.  The team loses three valuable contributors in Mandeldove, Lauren Turner, and Kiyanna Johnson.