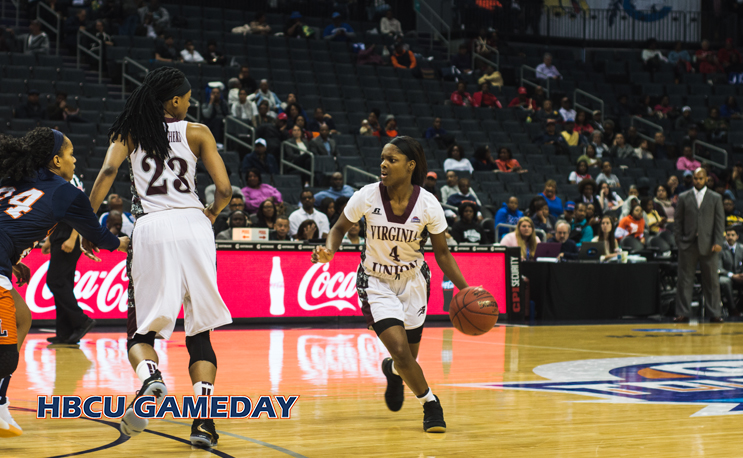 Virginia Union and Bowie State are on a collision course for the women’s CIAA Tournament.

One was the underdog, the other the favorite. But both have one shot at the same goal.

Virginia Union and Bowie State were victorious in their CIAA semifinal on  Friday afternoon and will face off in the women’s championship game slated for Saturday, March 3 at 1 PM.

The hot streak for Virginia Union continued with a dominant performance over Lincoln on Friday afternoon, winning 73-50. VUU maintained control of the game primarily with defense, allowing just 12 points from Lincoln in the first half. Though a late rally attempt was made by Lincoln, bringing the point deficit to 15 with 6:21 left in the fourth quarter, VUU signed and sealed its way into championship play. The Lady Panthers went on a 16-4 run, giving them their largest lead of 27 points with just 1:30 left.

Bowie State came beating Virginia State on Friday afternoon in a 53-49 win. The win was not clear-cut for the Lady Bulldogs. A couple quick runs from the Lady Trojans gave them control of the first quarter, and the struggle for control of the game fluctuated between VSU and BSU. Bowie went on a 12-7 run to tie the game at 20 points with just over five minutes remaining in the half, and Virginia Union answered back with nine points to Bowie’s four, going into the half up 29-24. Coming out the half, VUU extended its lead to 11 points.

Bowie rebutted with another quick run, going into the fourth quarter trailing two points, 40-38. The Lady Bulldogs battled throughout the final quarter, but a Kiara Colston clutch 3-pointer sealed the deal with under a second left, giving Bowie the victory.

BSU and VUU played twice in the regular season, with VUU winning both games. The game will take place at 1 p.m. on Saturday.