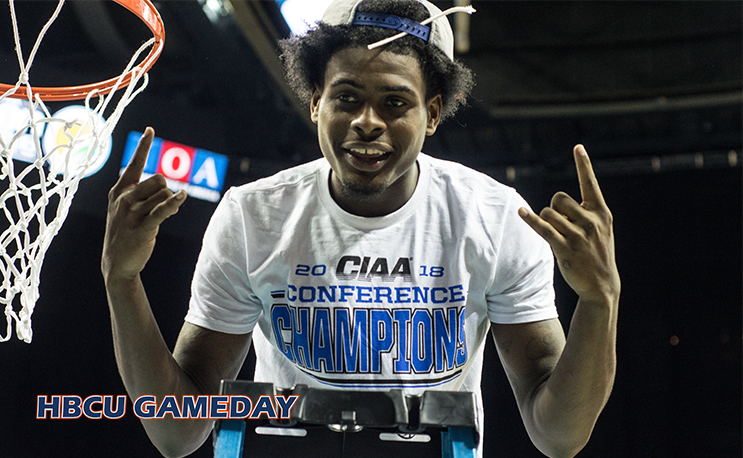 After a dozen years without a title, the Virginia Union men have joined the women at the top of the CIAA hill.

Imagine Duke or North Carolina going over a decade without winning the ACC Tournament. Unfathomable, right? Virginia Union’s dozen-year title-less streak in men’s basketball has been the equivalent for the last dozen years.

But thanks to a dominating performance on the floor of the Spectrum Center in Uptown Charlotte, that streak came tumbling down as VUU swept the floor with Johnson C. Smith 82-52 on Saturday night. Their win, along with the women’s program, made VUU the first school to win both titles since Shaw did so in 2011.

Todd Hughes led the way for the Panthers, scoring 22 points while Andre Walker put up 19 points and 11 rebounds in the win.

VUU (18-14) will receive the CIAA’s automatic bid to the NCAA Division II Tournament.

Adding to the legacy

In the long, storied basketball history of the CIAA, Virginia Union has been its most consistently successful program. Dating back to the days prior to the tournament format, VUU has won a total of 20 men’s titles, more than any current or previous member of the league.

But it recent years it has been the women’s team who has been dominant in the conference. So much so that coming into the tournament, the men felt like they were doubted even on their own campus.

“We felt like we was the JV team sometimes,” sophomore William Jenkins said. “14-14, what y’all gonna do? We came down here, locked in, said ‘we not leaving here without a ring.”

“You see we got these hats on,” he said with a laugh.

It was the first CIAA title for VUU’s Jay Butler as a coach, but he knows a thing-or-two about winning the tournament from the other side. Butler won three titles as a point guard for the legendary Dave Robbins in the mid-1990s.

As not only the caretaker of the program’s legacy, but also a product, Butler and his staff hold those standards in high regard. So much so that players were prohibited from looking up in the rafters at Barco-Stevens Arena until they earned their own banner heading from the rafters.

With one soon to be added to the collection, the players say they already know what they will do when they get back on their home floor.

“Look up,” the players said with a laugh.