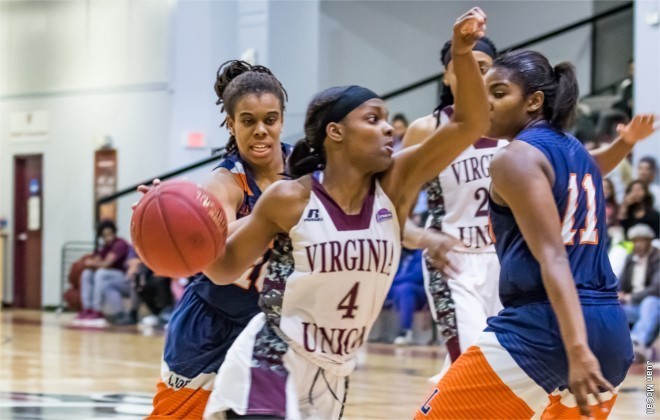 The Lady Panthers are in the top ten in two major polls.

The defending CIAA Champions are off to a fast 6-0 start and are the only team in the league yet to lose a game.

VUU has shown itself to be the road warriors of the conference already, with three more road games remaining until it finishes an entire month away from Richmond.

The Lady Panthers will be in Winston-Salem, NC this weekend for games against Bluefield State and Benedict in the WSSU Red-White Classic.