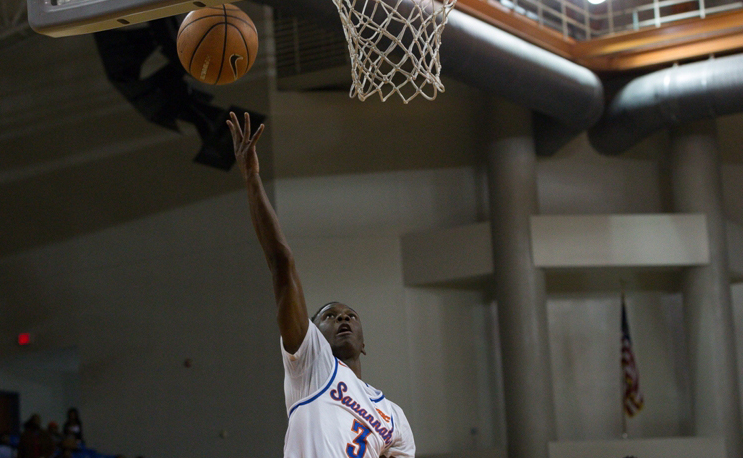 North Carolina A&T rebounded from an early deficit to make it a game, but Savannah State proved too much.

Savannah State and North Carolina A&T’s matchup was one for the top spot in the MEAC and it lived up to the bill.

Ultimately it would be Savannah State staying atop the conference with a 108-106 overtime win over A&T at home, stretching its win streak to nine games in a row.

Javaris Jenkins scored a team-high 21 points and four others scored in double figures as the Tigers shot 52.7 percent from the field and 42.4 percent from the 3-point line in the wind. Jenkins and John Grant, who finished with 12 points, both hit four 3-point baskets in the win.

MBB: Evans with go ahead basket to give the Tigers a 103-101 lead with 1:21 rem. in the 2nd half. Basketball mayhem in the den 🐯🏀🔥 pic.twitter.com/QUYdkfmnuV

Savannah State controlled the action in the first half, leading by as many as 15 points early on, but A&T came back with a fury in the second half, outscoring its opponent 62-53 in the final twenty minutes but ultimately coming up short.

Denzel Keyes had a career night with 28 points, 13 rebounds and two blocks in the loss, which was the second in a row for A&T. Freshman Kameron Langley added 18 points, 9 assists and five steals for A&T, who fell to 15-11 overall and 8-3 in the MEAC.