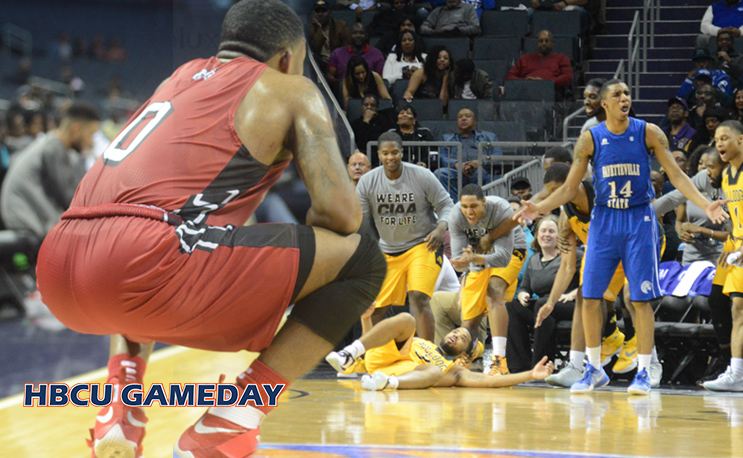 We analyze what teams in the CIAA have been underwhelming and if they can turn it around by Charlotte.

We are reaching the conclusion of the 2017-2018 basketball season. The remainder of the schedule is a run of CIAA division play for a majority of the teams, making game outcomes that much more important. This means the severity of every game is prominent; with a conference-heavy season finale, performance thus far can, and will, make or break teams.

With the CIAA Tournament being around the corner in a month, the results of these remaining games will help determine who begins play as early as Tuesday or as late as Thursday, which makes all the difference.

Reviewing up-to-date performance alongside 2016-2017 play, three teams have had a lackluster start and have work to do to ensure a successful trip to the tournament.

FSU is eight games away from its regular season finale, and just two games away from meeting its loss total from 2016-2017. We knew there would be some transistion with the loss of four-year starter Josh Dawson at point guard, but the Broncos have been dwelling near the bottom of the CIAA rankings this season with losses in the varieties of close calls and big point deficits. Their season troubles are primarily rooted in their recently-snapped eight game losing streak that lasted from mid-December until mid-January.

Hope is not lost for the Broncos just yet, though. If they can swindle another high scoring performance from Willie Gilmore and Denzell Hosch, two of their three top scorers, they can hope to finish with a record similar to 2017. The duo combined for 45 of Fayetteville’s 71 point win against WSSU on Wednesday on the road. The Broncos and the Rams with go head-to-head again on February 17 on Aspire TV.

WSSU has already met it’s season total losses from last season. Currently on a six game losing streak, it has yet to win a game on the road, which doesn’t make tournament longevity sound very promising. WSSU will need the collective effort of the team to bounce back and finish the season strong.

In the Rams’ last game against Fayetteville State their leading scorers, Robert Colon and William Crandell, each had 17 points. Julius Barnes, the redshirt sophomore, led WSSU in scoring with 21 points in its loss against Shaw. Talent certainly is not the problem. So what is the problem?

Whatever it is, the Rams better figure it out fast or they will finish with single-digit wins for just the seventh time in the last 70-plus years.

Though Bowie’s win/loss ratio is not as one-sided at the previously mentioned teams, the CIAA 2017 Tournament Champions have been underwhelming. The Bulldogs have had a sputtering season with on-and-off win and lose streaks: lost their first three, won the next four, lost four straight. Since then, Bowie has been alternating with winning and losing, going back-and-forth five times. Odd, right?

Consistency seems to be the big issue with the Bulldogs and that is one of, if not the most important factor if going back-to-back as tournament champions is the ultimate goal. Bowie’s recent victory against Chowan showed that they can the ability to fight to the finish, but it seems the true test will be if it’s next game against Virginia State keeps the pattern going and results in a loss.

Goodnight from Bowie State! Bulldogs win it, 68-63.
Dayshawn Wells secured the win with two good shots from the line. pic.twitter.com/igdx0aCLOP

The Bulldogs remaining schedule is all CIAA opponents, with three on the road and four at home. Two of the remaining Bowie games will also be aired on Aspire TV.

Bowie has historically slept through the regular season, but will this team be capable of turning it on at the right time?