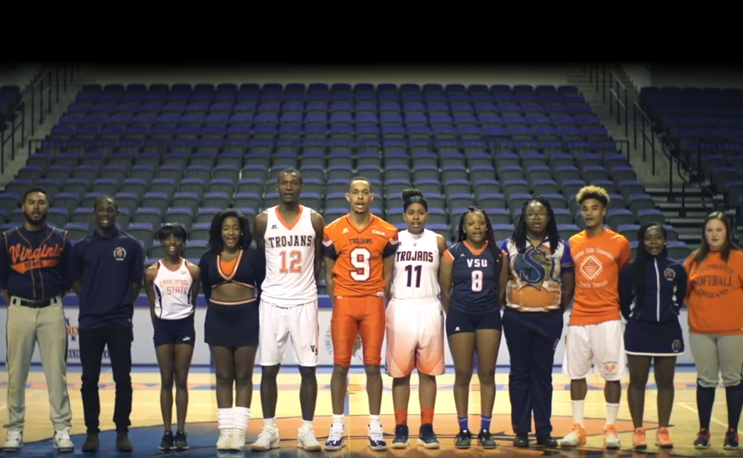 Message comes ahead of school’s first game since ugly brawl.

In the wake of the ugly brawl between fans at Virginia State University and Elizabeth City State University basketball players on Wednesday, VSU has produced a new sportsmanship public service announcement.

The video was released on the school’s official YouTube account and is entitled “VSU Sportsmanship Statement.”  It features 12 VSU student-athletes who encourage patrons of all Virginia State athletic events to respect all officials, coaches, and participants.  The language in the PSA is directly in step with the standard NCAA sportsmanship message that is often read by public address announcers.

The video doesn’t mention Wednesday’s incident. It could have very well been produced ahead of time, based on the production quality of the PSA.  The video wasn’t accompanied by any sort of release or description on YouTube.  Neither the Virginia State website or Twitter account made mention of the new PSA.

The University did release the following statement on Thursday addressing the brawl:

We are deeply distraught, appalled and disturbed that a great game of basketball and sportsmanship ended with such absurdity.

In moving forward, the Athletics Department and the VSU Multipurpose Center will work even more closely with the Virginia State University Police Department to increase the security at every athletic game.

We are and will always be deeply committed to the safety of our students, employees, and visitors. To the Elizabeth City State University family, we sincerely want to apologize for our display of unsportsmanlike conduct.

Virginia State returns to action at home on Saturday hosting Bowie State University.  The game will be nationally televised on Aspire-TV.