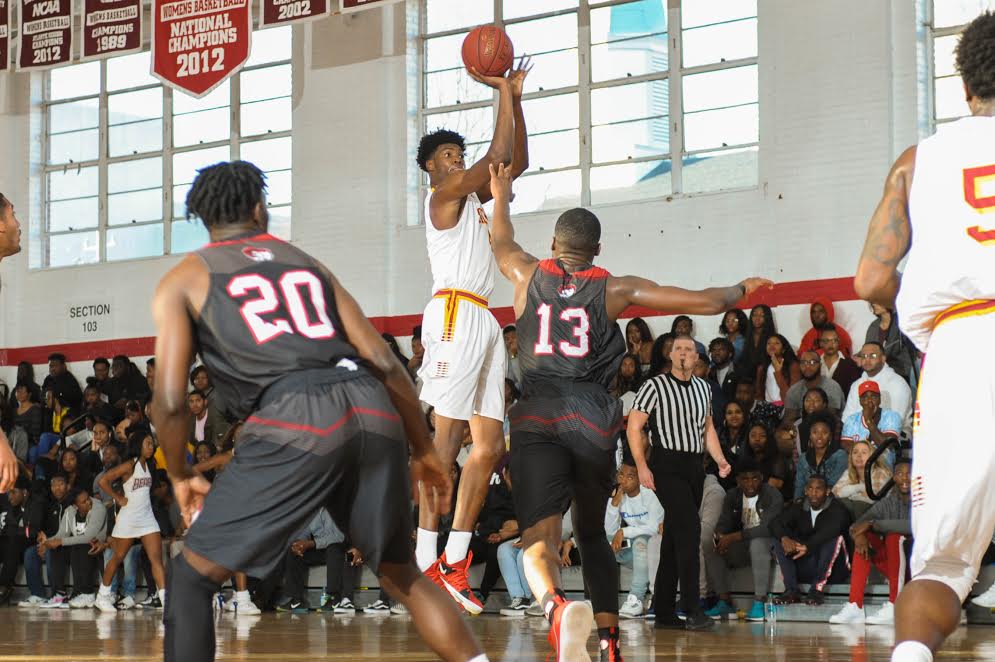 Shaw stays perfect in CIAA Southern Division while WSSU drops its fifth game in a row.

A back-and-forth first half that featured four ties and four lead changes early on saw Shaw take a 43-35 lead into the locker room at halftime. Kelsie led all scorers with 15 points in the opening half to spearhead the Bears offensive attack. Shaw recorded 11 assists on 17 made field goals.

The Bears never trailed in the second half. Their key run came at the 11:08 mark sparked by a slam from Brown, which led to a 20-14 scoring frame for Shaw that put them up 82-71 with 5:41 remaining in regulation.

The Rams cut the deficit to nine on two free-throws from Julius Barnes but the Bears hit three-straight freebies to go ahead 12 as the Bears would not let relent on their lead for the victory.

Barnes led the Rams (4-13, 2-6 CIAA, 0-2 South) in scoring with 21 points and four assists, following William Crandell scored 17 points and 13 rebounds. The Rams suffered their fifth loss in a row.

Shaw will return to action on Wednesday, Jan. 24 at cross-town rival Saint Augustine’s University for a 7:30 p.m. tipoff while WSSU (4-13) will take on Fayetteville State.