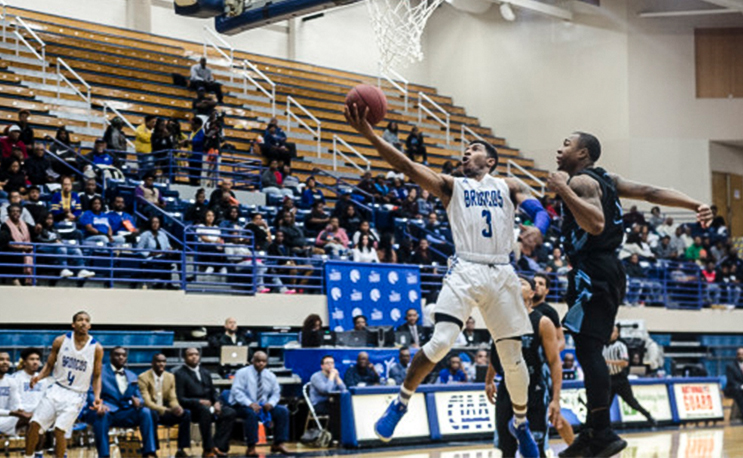 Fayetteville State goes from winless December to two big victories in one week.

After a December of straight losses in both men’s and women’s basketball, Fayetteville State is beginning to perform above and beyond expectation. In the span of four days, the Broncos and Lady Broncos secured two victories in the southern division by defeating Winston-Salem State on the road and Shaw at home. An amazing week of play resulted in FSU’s men’s coach and several student-athletes in their publications.

In women’s basketball, junior guard Noni Kuumba was awarded “Newcomer of the Week” in CIAA women’s basketball. After scoring 22 points against Shaw and 26 against WSSU, Kuumba combined for 48 points last week, helping push the Lady Broncos to first place in the CIAA Southern division and also securing a four-game win streak.

Fellas turning it around

The Broncos performance last week is beginning to hint at proving themselves unworthy of the Most Disappointing CIAA teams list feature. After snapping an 8-game losing streak, two players and the head coach were acknowledged by the CIAA for their turnaround performances.

Senior guard Willie Gilmore is the CIAA men’s basketball “Player of the Week” after his 42 point week. Gilmore scored 22 points against WSSU and tied the game-high in scoring against Shaw with 20 points. Gilmore’s shots at the line also gave FSU the victory over Shaw.

Sophomore guard Denzell Hosch is the “Newcomer of the Week” in the CIAA. Hosch’s successful three-point dagger with time expiring in regulation sealed the game in the 71-69 victory over WSSU. Hostch also contributed 12 points in the Broncos victory over Shaw.

Coach Ken Spencer of the Broncos was awarded “Coach of the Week” in CIAA men’s basketball. You have to imagine it took incredible leadership to turn your team around from a month-straight losing streak to two divisional victories in less than a week. The wins over WSSU and Shaw were both with five seconds or less left in regulation.