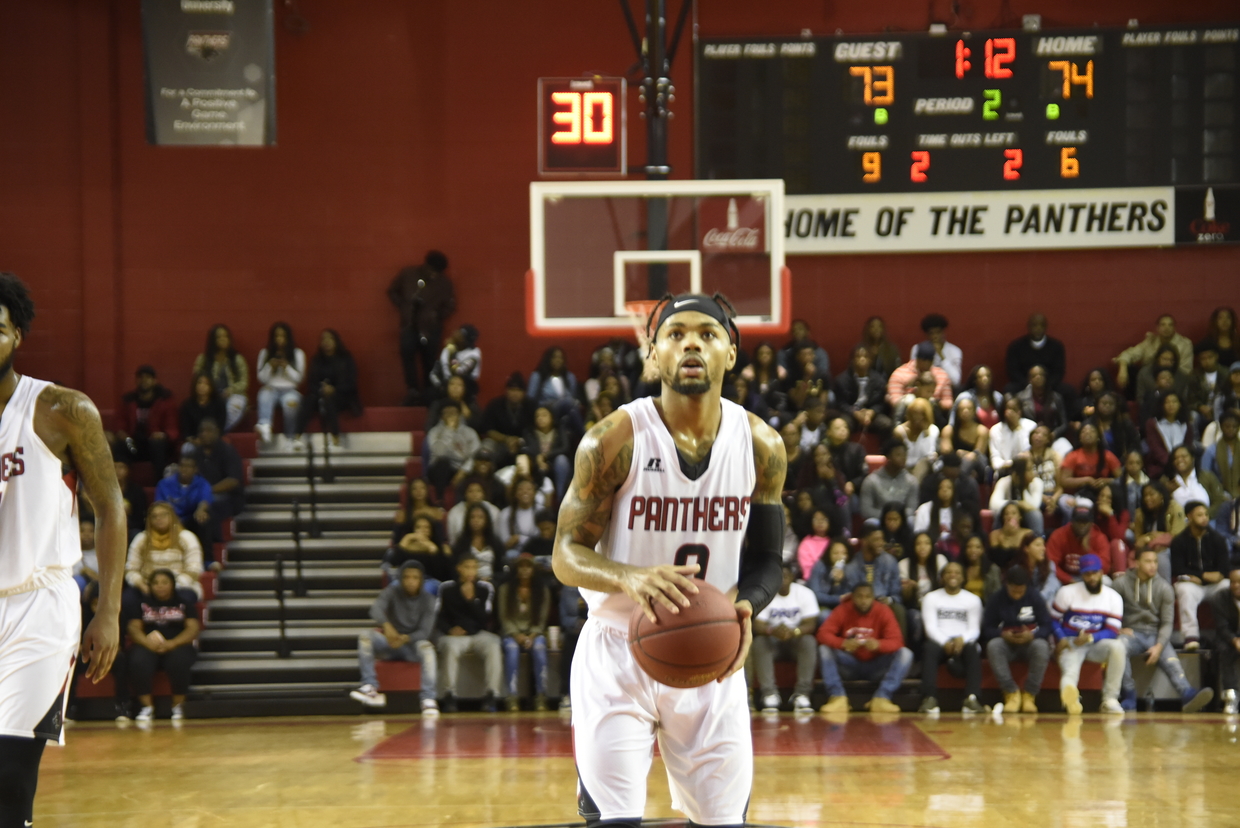 Clark Atlanta keeps on rolling with a gritty win against a talented Benedict team for its 12th in a row.

While Morehouse is making history across the way, Clark Atlanta is busy putting together a great season of its own as well.

CAU pulled out a tough 78-85 win over a very solid Benedict team to win its 12th consecutive game and stay perfect in the SIAC.  Jamal Pollydore led the way for CAU with 19 points, hitting four of his six 3-point attempts as the team shot 48 percent from long-range.

CAU came out strong leading the game with a 21-7 lead, with the help of a 3-pointer from Michael Vigilance midway through the start of the matchup. By halftime however, Benedict rallied and chiseled the deficit to six points.

Increasing the lead to 11 points early in the second half, CAU was met by a 15-2 Benedict run, resulting in the leading shifting in Benedict’s favor, 52-50. As the lead changes continued throughout the second half, two Benedict free throws tied the game at 70 with 2:41 remaining. Just under 30 seconds later, a big 3-pointer from Jelani Watson-Gayle put Benedict up 73-70.

The fate of the game was secured under the final two minutes.  Jalen Mitchell secured a steal that started up the momentum for CAU to secure the win. With the help of a clutch 3-pointer and block from Akil Douglas, along with Anthony Williams‘ shot and two free throws, the Panthers defeated Benedict 78-75.

“We played a good team,” said CAU Head Coach Darrell Walker. “Benedict has kind of been underrated the whole year. Everybody has been talking about Morehouse and Claflin and they’ve kind of been leaving Benedict out. But they have a good player in last season’s Player of the Year [Brandon Morris]. He did his thing tonight. But Akil had a big block and a big three to really get the crowd going and get us over the hump. We needed all of that.”

.@TheSIAC has teams that battle hard on the court, but afterwards, there is big time respect for both sides! That's what makes #HBCU sports so special! @CAU @BenedictEDU @benedict_tigers @CAU_MBasketball @HBCUGameday pic.twitter.com/S8ejyaWrPU

CAU (16-1) should expect another tough conference game, hosting Claflin (17-2, 10-1 SIAC) Monday, January 22 in L.S Epps Gymnasium. Claflin was defeated by Morehouse this Saturday, ending their 16 game win streak. The loss also removed it from the three-way tie for first place in the SIAC East with CAU and Morehouse.

The victory for CAU keeps it tied with Morehouse for first place in SIAC, with both having an 11-0 record in the conference.