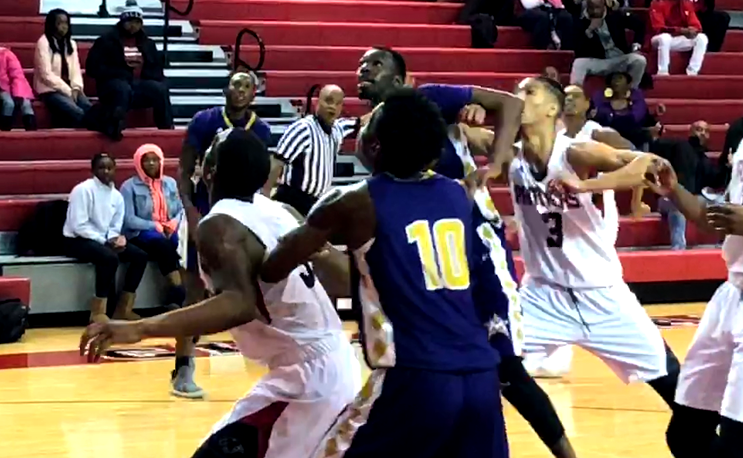 With the win, the Panthers (14-1) remained unbeaten in the Southern Intercollegiate Athletic Conference (SIAC) and earned their eighth-straight conference victory this season. The Magicians (4-9) dropped to 1-7 in conference play.

The @CAU_MBasketball team had no problems with @TheSIAC western division this year but they aren't looking ahead yet. Coach Darrell Walker 🗣 pic.twitter.com/xsTD0CsdP1

The Panthers led by as many as 13 but the Magicians would not give up. Reshun Ellis single handily kept LeMoyne-Owen in the game, hitting clutch three-pointers. After a timeout with 14:37 to play, Ellis hit the second of his five three-pointers in the second half to bring the Magicians’ deficit to 10.

From there, the Magicians and Panthers continued to exchange baskets, with the Panthers leading 53-46 with 11:37 to play. After the timeout, Ellis was fouled behind the three-point line, allowing him to add three more points to the Magicians’ score. Clark Atlanta added four more points before LeMoyne-Owen went on another short run to bring the deficit back to two.

Over the last nine minutes, the two teams went back and forth but the Panthers’ defense and their ability to hit clutch shots down the stretch made the difference in helping them to seal the victory.

Reshun Ellis led the Magicians with 27 points and kept them in the game throughout the second half.

Ellis converted a pair of free throws to give the Magicians the early 2-0 lead. Donaldson hit a long three-pointer to give the Panthers their first points of the game. After the two teams exchanged baskets with the score tied at 6, the Magicians went on a 10-2 run to take a 16-10 lead.

Following a strong offensive surge by the Magicians, Donaldson hit another three-pointer that slowly helped the Panthers get into a rhythm. After Jaequan Brown added a free throw to increase their lead to 17-13, the Panthers went on an 8-2 run to take a 21-20 lead.

With 7:20 to play in the first half, the teams continued to exchange baskets before both Ellis and Brown hit back-to-back three-pointers, giving the Magicians a 28-23 lead.

The Magicians lead would not last long as the Panthers responded with back-to-back three-pointers from Mitchell. Then, following a timeout with 3:10 remaining, the Panthers added four more points to their score to take a 33-28 at the half.

Ellis continued his hot shooting from beyond the arc, hitting a three-pointer to bring the Magicians within two to begin the second half. The Panthers then went on a 10-3 run to start the second half, with points from Donaldson, Douglas and Anthony Williams.

Clark Atlanta returns to action Saturday as the Panthers go on the road to face Albany State. Tipoff is set for 4 p.m.