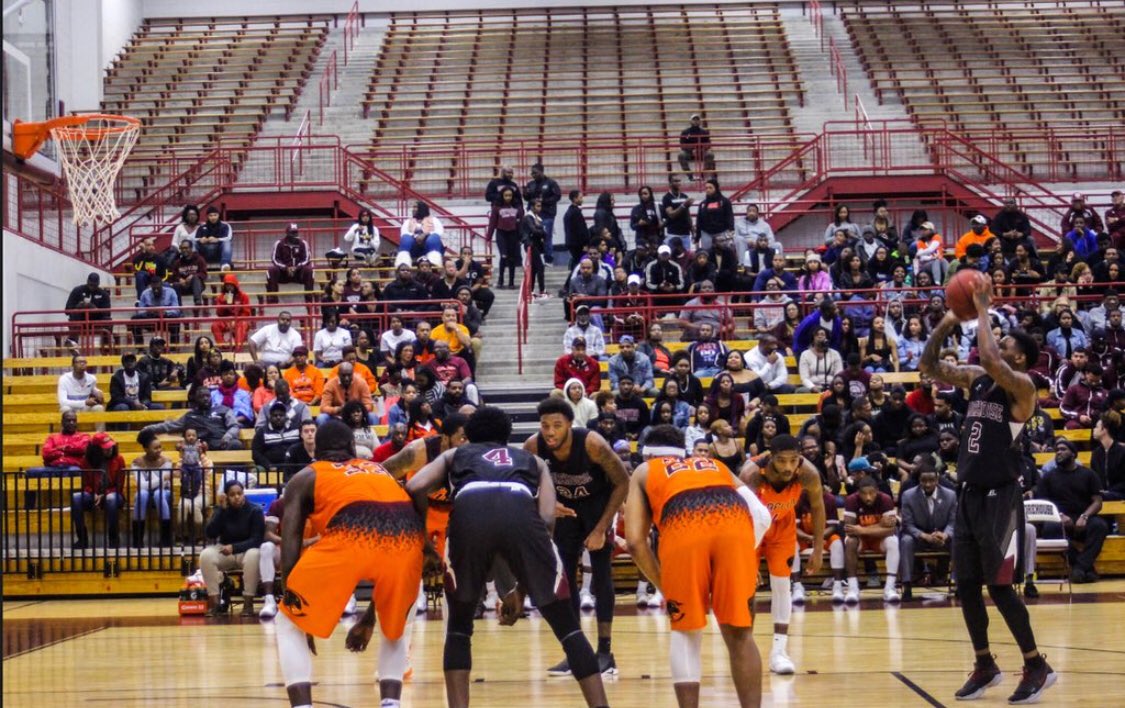 Despite a slow start by Morehouse in the first half, the Tigers found a consistent rhythm on offense and amped up their defensive efforts in the second half to defeat Claflin University, 86-75, Saturday evening at Forbes Arena.

Claflin – which entered Saturday’s game with the best defense in the SIAC and fourth best in NCAA Division II allowing only 62 points per game to its opponents – gave up 86 to the Tigers.

Defense and strong offensive performances from Tyrius Walker and Martravious Little made the difference in the second half, allowing the Tigers to pull away and secure the victory.

Leading 36-33 to start the second half, Panthers’ Benjamin Williams scored the first points, cutting the Tigers lead to one point. Then, Walker responded three of his 11 second-half points to put the Tigers back up by three, 38-35.

After the two teams exchanged points, Walker converted on a pair of free throws that would start an 18-4 run by the Tigers, giving Morehouse a 60-41 lead. Tondric Johnson ended the scoring drought for the Panthers, nailing a jumper.

Morehouse controlled a 15-point lead for the majority of the second half before Claflin began to chip away at the Tigers’ lead in the final minutes, losing by 10.

For the game, Morehouse shot 53 percent off 28 of 53 shooting from the floor. The Tigers outscored the Panthers in points off turnovers (23-12) and bench points (29-25). The Tigers also shot 53 percent off 8 of 15 shooting from three-point range. Walker, who entered the game averaging 22 points per game, led the team in scoring with 29 points and three assists, followed by Little with 20 and James Walker with 16.

Austin Lawton and Williams led the Panthers in scoring with 14 points respectively, followed by Jaleel Charles with 12. Claflin finished the game shooting 49 percent off 30 of 61 shooting from the floor. The Panthers outscored the Tigers in second-chance points (20-9) and points in the paint (40-28).

Charles scored the first points of the game for Claflin before Walker hit one of his three 3-pointers in the first half to give Morehouse an early 3-2 lead. Charles presence was felt in the post very early in the game as he led the team with 10 points in the first half.

Throughout the majority of the first half, the two teams continued to exchange baskets in transition. Both teams ended up in the bonus, earning numerous trips to the free throw line. Morehouse led Claflin, 36-33, at the half.

Morehouse returns to action Monday as the Tigers take on Benedict College. Tipoff is set for 7 p.m., at Forbes Arena.