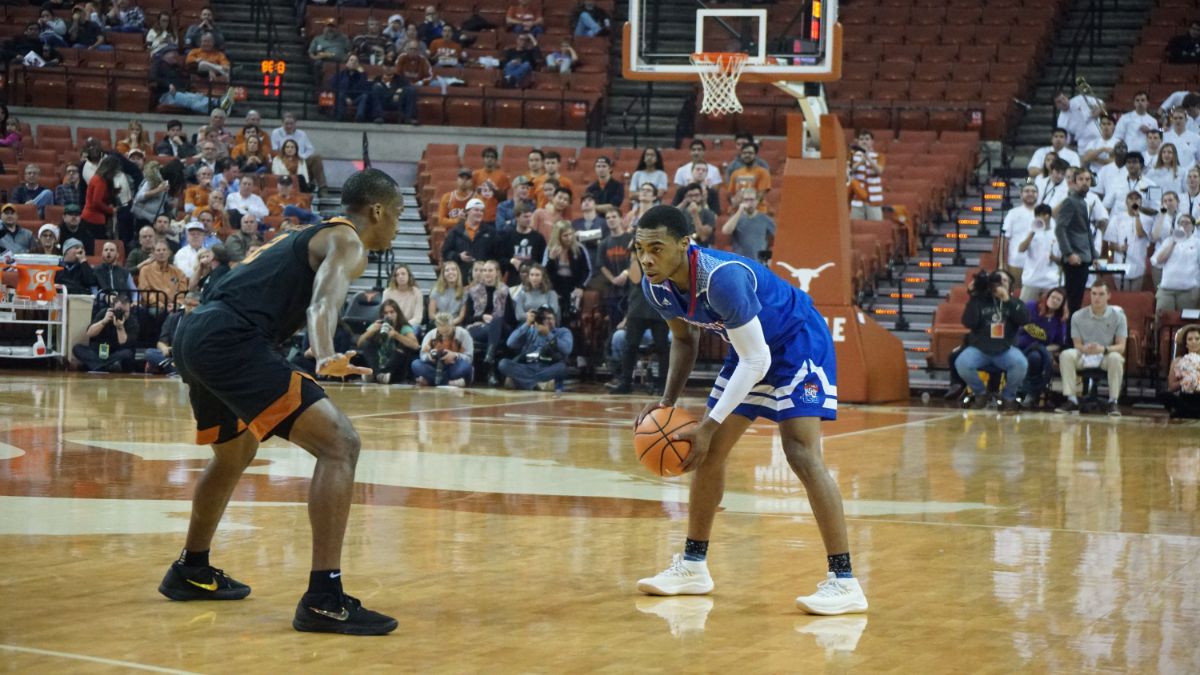 A look across the country at Monday night HBCU hoops.

Monday night had a little bit of everything in HBCU basketball.  A near epic upset, a huge comeback and an unbeaten streak remain intact all in one night. Plus a killer crossover or two thrown in for good measure. Before the holiday break sets in here’s one more good dose of hoops action from across the HBCU universe.

Tennessee State (5-5) nearly pulled off the upset of the night before losing to Texas (8-3) in a nationally televised ballgame.  The Longhorns pulled out the win on a Matt Coleman jumper with 9.2 seconds left.

The end of the TSU game… pic.twitter.com/g1ekbD6Aas

TSU put the nation on notice that they are for real, leading the Longhorns for over 16 minutes in the game. There were a total of four ties and 10 lead changes between the two teams. The Tigers used an 8-0 run late in the game to take a 46-45 lead before Coleman’s big jump shot. Christian Mekowulu led the Tigers with a double-double of 15 points and 11 rebounds.

The Winston-Salem State Rams (4-8, 2-1 CIAA) got their second straight CIAA win in dramatic fashion with a 69-67 win over the Bowie State Bulldogs (5-8, 0-2 CIAA), Monday evening. After falling behind by as many as 18 points in the second half, the Rams staged a furious comeback, highlighted by a pair of free throws, a key block, and a game-winning drawn charge by junior forward Jamel McAllister to claim the win for the Rams.

Quincy January and Tyre Gathright both scored 18 points apiece as St. Augustine’s (5-8, 3-0 CIAA) continued its conference perfection by defeating Chowan (0-3 CIAA, 4-7) by a score of 71-58. Robert Grubbs led the Hawks with 17 points.

Livingstone (2-4, 1-1 CIAA) outscored Lincoln (6-6, 1-2 CIAA) by ten points in the second half for a comfortable 87-70 win in Salisbury on Monday night. Ramel Belfield scored 22 points off the bench in the win.

Morehouse is shaping up to be one of the big stories in HBCU basketball this year.  The Maroon Tigers rolled to a perfect 10-0; 5-0 record, beating the Central State Marauders, 88-66. After a slow start, the Maroon Tigers cranked it up and led 38-21, at the half, and by as many as 30 in the second half. It was the third straight Morehouse win by 20 or more points.

Tyler Edwards led four Fort Valley State University Wildcats in double digits in the 87-80 loss to non-conference foe Embry-Riddle College Monday Night at the ICI Center on Embry-Riddle’s campus. FVSU fell to 7-6 overall on the season, while ERC improved their overall record to 5-6.

The Benedict College Tigers used a big 23-7 second-half run to pull away from the Spring Hill Badgers and take an 83-74 victory in a SIAC men’s basketball game on Monday night. Playing their only home game in the month of December, the Tigers got 18 points from Brandon Morris and Jelani Watson-Gayle, while Mike Udume came off the bench to score 15 points, hitting four second-half 3-pointers that helped the Tigers pull away for the win.

The Panthers (11-1, 5-0) have now won at least 10 games or more in back-to-back seasons after only recording single-digit winning season in three of four years, from 2012 to 2015.  The Thorobreds (3-10, 2-4) have dropped three consecutive games, after winning three of four, including two conference matchups.

Feels good to go into the Christmas Break 11-1! #Blessed #WeAreCau

Malcolm Drumwright’s jumper with nearly three minutes to play proved to be the game-winner as Jacksonville State held off Howard for a 62-60 victory on Monday night.

Check out this nasty crossover from Tyrik Edwards tonight.#FearTheBeak pic.twitter.com/bpFcGAWyMB

Eastern Kentucky used a big run early in the second half to pull away from the Norfolk State men’s basketball team in an 83-66 win over the Spartans in non-conference action on Monday night at EKU’s McBrayer Arena.

Senior A.J. Mosby tied his career-high with 22 points and was one of four student-athletes in double-figures for the Alcorn State University men’s basketball program as it posted an 83-56 win over Blue Mountain on Monday evening at the Davey L. Whitney Complex.

For a half, winless Texas Southern refused to follow the script against undefeated No. 15 TCU. The Tigers just couldn’t keep pace for a whole game.
Consecutive 3-pointers from TCU’s Alex Robinson and Kenrich Williams sparked a second-half surge, giving the Horned Frogs (11-0) some breathing room on their way to a 91-72 win. The victory extended the nation’s longest winning streak to 16 games dating to last season.

Watching this TCU-Texas Southern game and the Horned Frogs don't have anybody that can guard Tigers guard Trae Jefferson.

Dante Scott led the Delta Devils (0-11) with 13 points, five rebounds and two blocks, but Mississippi Valley State struggled to find their shot on a night where the team shot just 27 percent from the floor as a team.

Various wire reports from schools were used in this article.