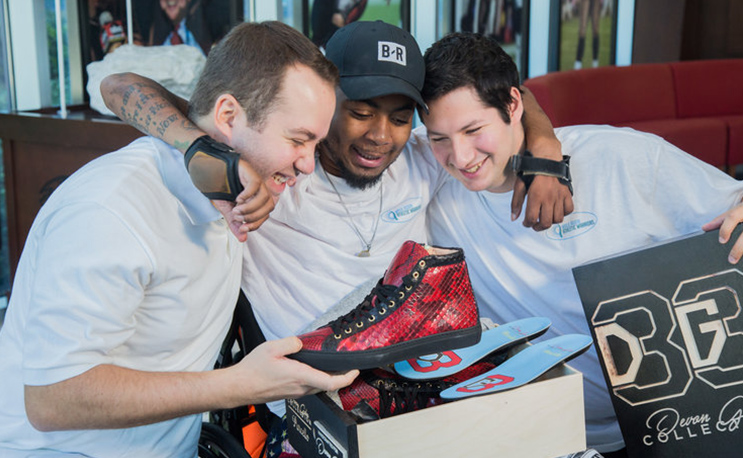 Former Southern receiver Devon Gales continues to work towards walking again, and he’s getting help from others.

Devon Gales is determined to be able to walk again under his own power, but he won’t have to do it totally alone.

The former Southern receiver endured an injury to his spinal cord in Sept. 2015 that changed his life forever. Left paralyzed after the injury, the question of whether he would ever walk again lingered in everyone’s head but his own. With resilience, he has worked to begin walking again with the help of physical therapy and an exoskeleton. For Gales, the progress is great, but he wants more.

Im on the way!! pic.twitter.com/4Kz77luWdT

Campaigning for a Cause

Gales is dedicated to fully rehabilitating to regain his own strength. That process, while tedious, is expensive; he now has special needs that need to be tended to not only inside rehab but also inside his house.

Gales partnered up with Walk Again Athletic Warriors charity, a nonprofit dedicated to athletes who have suffered spinal cord injuries to walk again and to lead excellent lives. The DG33 campaign was then established in hopes of funding a wheelchair-accessible home for him and his family. The website shares Gales’ story and gives visitors the opportunity to donate.

Gales has also collaborated with Purcello to design and sell a custom shoe collection. The DG33’s are shoes handcrafted in Italy and made with genuine python skin. The exterior red and black colorway pays homage to the University of Georgia, while the powder blue interior represents his home, Southern University. Starting at $995, all proceeds directly benefit Gales funding a wheelchair-accessible home.

Gales’ campaign has not only been noticed but also supported by several names both outside and inside of athletics. NFL stars such as Travis Kelce, Jameis Winston, and Cairo Santos have teamed up with Walk Again Athletic Warriors to support Gales and his shoe collection.

Outside of the NFL, actor Tracy Morgan and artist T-Pain have also supported Gales in his adoptive home goal by purchasing the Python skin hi-top shoes.

Gales is commonly referred to as optimistic and upbeat, with a great sense of humor. His resilience and heart throughout his injury and rehabilitation is admirable. If you would like to donate or shop his shoe collection, please visit the Purcello or the Walk Again Athletic Warriors organization websites.