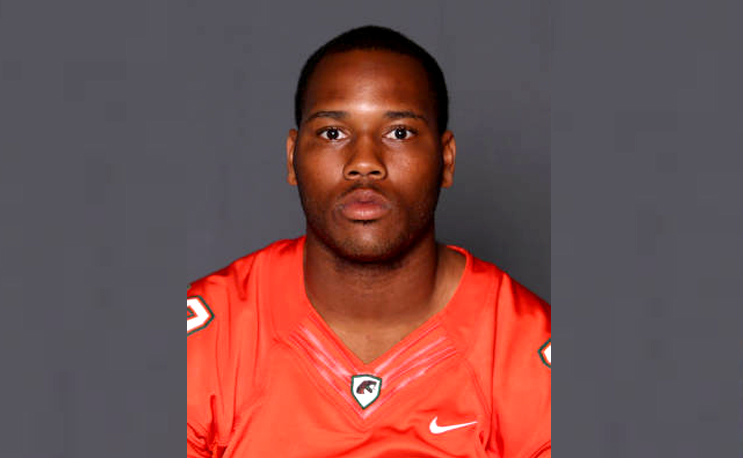 FAMU defensive tackle arrested and charged with sexual battery after he reportedly admitted to going “too far” when having sex.

David Richardson, a redshirt sophomore defensive tackle for FAMU, was arrested and charged with one count of sexual battery on Monday, according to Tallahassee.com.

Richardson is accused of forcibly having sex with a woman in his apartment on Oct. 15.

She told police she took her pants off because the apartment was warm and Richardson pinned her down and they struggled. According to court records, she stopped struggling and Richardson started to have sex with her.

She was able to grab his genitals and get him to stop, according to court records. The pair got dressed and left the apartment.

Richardson talked to Tallahassee Police on Monday after the complaint was originally made to FAMU Police on Friday.

He recalled the woman taking her pants off and kissing him, according to court records. He said even though she told him she did not want to have sex with him, he did anyhow despite her asking him to stop and get off her.

He reportedly told the victim that he had gone too far and apologized to her.