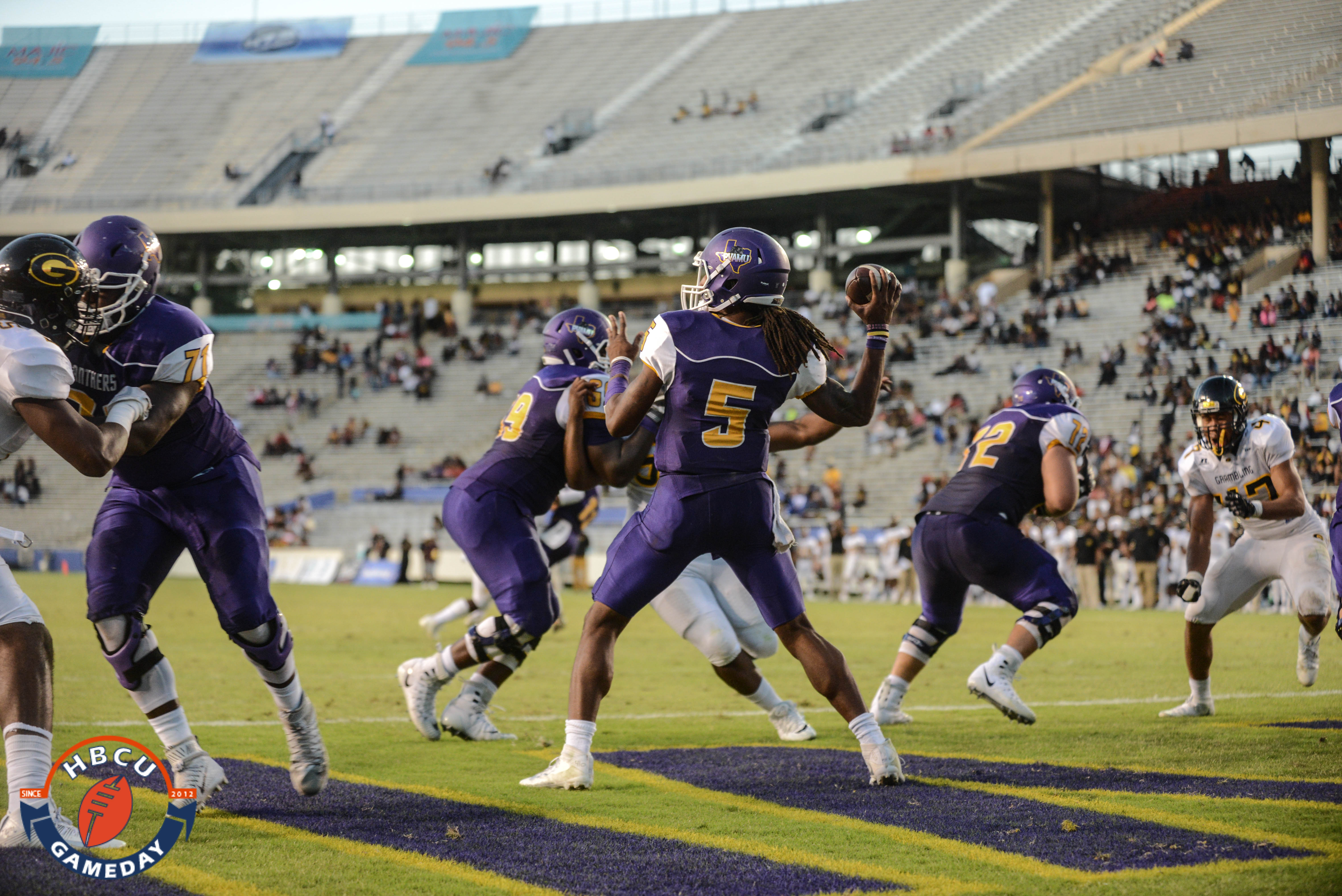 There are a total of seven open jobs in HBCU football after a busy week. We rank the jobs from most to least desirable.

[postBannerAd]
It was only a matter of time before the HBCU coaching carousel got started going, and it went full blast on Thursday.

There was a lot of moving on the coaching front on Thursday. Here’s what you need to know. https://t.co/NVDOTQ9sRv

First, we broke the news that Jerry Mack was on his way out as NCCU’s head coach. That was confirmed on Friday as Mack dropped his goodbye letter and the school immediately named assistant Granville Eastman as interim.

Later on Thursday, Alabama State promoted Donald Hill-Ely to from interim to full-time head coach. Shortly thereafter, Hampton named Robert Prunty as its new captain (coach, of course, but in keeping with the Pirate theme).

Simultaneously, FAMU’s job opening was reportedly filled as Willie Simmons decided to step away from Prairie View to return to his home state. That move was confirmed on Saturday as it named former NFL defensive back Bubba McDowell as its interim as Simmons moves on.

So which jobs are the most desirable? Lets take a look.

From Durham to Itta Bena

Despite a small drop off in his final season at NCCU, the Mack Era was a fruitful one for NCCU. Three MEAC titles and a trip to the Celebration Bowl have established NCCU as one of the MEAC’s premiere programs.

With Willie Simmons expected to take the FAMU job, Prairie View becomes a job that a lot of coaches should be interested in. In addition to being  in talent-rich Texas there is the school’s brand new, state-of-the-art facility. And, of course, there is no state income tax in Texas. Should be plenty of applicants for this one.

Like Texas, there’s plenty of talent in Alabama. The issue will be getting it to Huntsville. But the new coach will inherit a team that already has some talent.

Being that this is a Division II job, it won’t pay as much as the others, but historically there is a better chance for success than the schools below it.

The Golden Lions finally decided to get rid of Monte Coleman after more than a decade at the helm. They don’t have the facilities that Prairie View has or the same winning tradition that VUU does, and Coleman complained about a significant gap in scholarships compared to other schools. Then again, nearly 40 applicants have applied for the gig, including current and former HBCU coaches, so what do we know?

DSU has had sporadic football success throughout its history, and none as of late. Delaware isn’t a football oasis, and DSU has to compete with the University of Delaware. Not only will DSU have to replace coach Kenny Carter, who many people felt had the program on the right track, it will also have to replace AD Skip Perkins. ADs and head football coaches are generally tied at the hip so this might take a while to get a resolution. Bowie State coach Damon Wilson is thought to be DSU’s target, but with Amir Hall coming back for another year, he might just pass on this opportunity to move up to the FCS.

Valley has been a black hole for coaches. Just ask Rick Comegy, who had won at every stop he’d made in over 20 years as a head coach but couldn’t turn things around in a less-than-stellar SWAC East. There are at least a half dozen HBCU jobs at the D2 level that would be more desirable than Itta Bena.