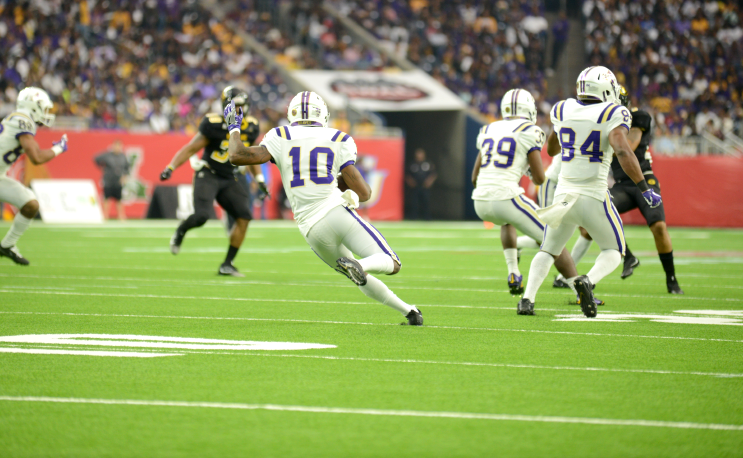 Duer Sharp’s resignation as SWAC Commissioner last week, just two days before the conference championship game, seemed to have come out of nowhere. But as HBCU Gameday first reported last week, it appears more complicated than that.

According to our sources, this letter sent to the presidents on November 8, played a factor in Sharp’s resignation.

The letter was sent from Kathleen T. McNeely, the senior vice president of administration and chief financial officer for the NCAA.  It states in part:

“Recently, it has come to our attention that the Southwestern Athletic Conference use of a significant portion of Student Assistance Funds over a multi-year period was inconsistent with the restrictions on those funds.  The NCAA national office distributed those funds to the conference in accordance with the NCAA Division I Revenue Distribution Plan for you to use in support of your student-athletes. Because the funds were not used as intended, we recognize that SWAC student-athletes ultimately have been unfairly disadvantaged.”

The memo makes a very strong statement to the conference in the third paragraph, encouraging the SWAC to strengthen its business model.

“To assist with ensuring the future success of the conference, the Board of Governors expects that your leadership develop a business plan detailing your strategy to restore the financial stability of the Southwestern Athletic Conference.  This business plan should represent a collaboration of all institutions’ presidents and be submitted to my attention no later than January 5, 2018. It will be reviewed at the January 2018 Board of Governors meeting.”

When addressing the news of Sharp’s resignation last week prior to the SWAC Championship game, Roman Banks, director of athletics at Southern University, did not mention the issue of fund mismanagement.  He did say, however, there was “unanimous concern” about the SWAC’s stability and the direction the league was taking.

According to the NCAA, “The NCAA Student‐Athlete Opportunity Fund (SAOF) is intended to provide direct benefits to student‐athletes as determined by conference offices.

As a guiding principle, the fund is used to assist student‐athletes in meeting financial needs that arise in conjunction with participation in intercollegiate athletics, enrollment in an academic curriculum or that recognize academic achievement. SAOF money is intended for qualified student-athletes with a financial need. It may be offered to identified student-athletes for clothing, graduate school fee assistance, course supplies, health insurance or summer school tuition assistance.”

Funding is also available to student-athletes when emergencies arise, such as the coverage of an airline ticket to attend a funeral service.

Prohibited Uses for the Fund

The memo did not detail exactly how the money had been mismanaged other than to say it was “inconsistent with the restrictions on those funds.” The restrictions according to NCAA Bylaw 15.01.7.2 are as follows:

• Salaries and Benefits.
• Grants-in-aid (other than summer school) for student-athletes with remaining eligibility.
• Capital Improvements.
• Stipends.

Some funds to be restored

The memo also explains that the NCAA Board of Governors approved a plan on October 23, 2017, to assist the student-athletes impacted by the mismanagement.

“In January 2018, the NCAA national office will make available to your institution an amount equal to the Student Assistance Funds that were earned by your institution and previously distributed to the Southwestern Athletic Conference on June 28, 2017. These funds may be used only to offset expenses incurred during academic year 2017-18.”