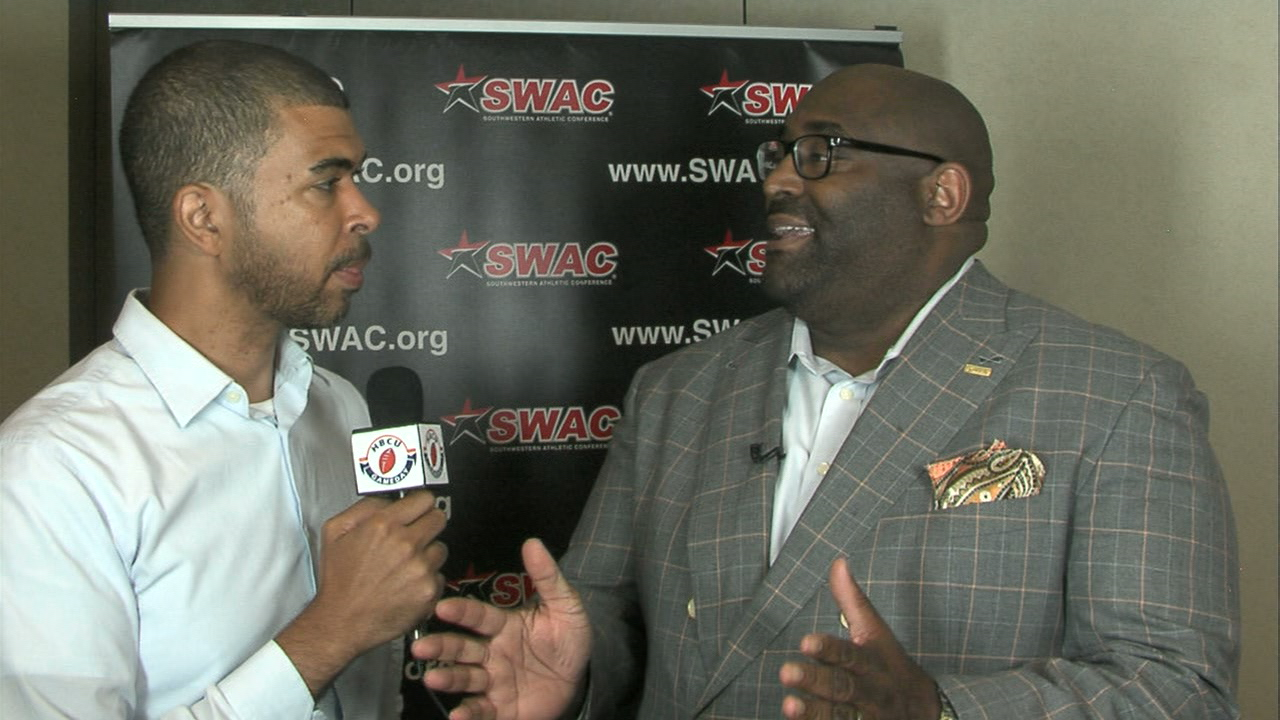 The SWAC will be looking for a new commissioner soon as Duer Sharp is set to resign according to HBCU Sports.

Duer Sharp is resigning as the SWAC’s Commissioner, as first reported by HBCU Sports.  The report cites sources that say that the SWAC’s Council of Presidents and Chancellors decided not to renew his contract, which was slated to end in July 2018.  HBCU Gameday has independently verified Sharp’s resignation with sources close to the situation.

HBCU Gameday has also learned that a push is taking place to try and revive the SWAC Football Championship, something the Council would have to approve.  The football championship game is slated to end with this weekend’s matchup of Grambling versus Alcorn State.

Sources tell HBCU Gameday that a point of contention with Sharp was the mismanagement of NCAA funds.  We’ve learned that earlier this year the NCAA sent a letter directly to each school President in the SWAC.  The letter outlined the mismanagement of the Student-Athlete Opportunity Fund over the course of several years, according to sources.

According to the NCAA, “The NCAA Student‐Athlete Opportunity Fund (SAOF) is intended to provide direct benefits to student‐athletes as determined by conference offices.  As a guiding principle, the fund is used to assist student‐athletes in meeting financial needs that arise in conjunction with participation in intercollegiate athletics, enrollment in an academic curriculum or that recognize academic achievement. SAOF money is intended for qualified student-athletes with a financial need. It may be offered to identified student-athletes for clothing, graduate school fee assistance, course supplies, health insurance or summer school tuition assistance.”

Funding is also available to student-athletes when emergencies arise, such as the coverage of an airline ticket to attend a funeral service.

Prohibited Uses for the Fund

The NCAA also outlines what SAOF money cannot be used for.

Pursuant to NCAA Bylaw 15.01.7.2, member institutions and conferences shall not use monies received from the fund for the following:
• Salaries and Benefits.
• Grants-in-aid (other than summer school) for student-athletes with remaining eligibility.
• Capital Improvements.
• Stipends.

The SWAC’s winter meetings are being held in Houston on Thursday preceding the SWAC Championship.  According to the report on HBCU Sports, the Council of Presidents will decide if Sharp will be able to finish the duration of his contract or be bought out and removed.

The conference announced earlier this year that it will be ending the championship game format and will produce a champion from regular season results.  However, there is concern that there could be multiple ties at the end of the football season, like we’ve seen in the MEAC in years past.

A Tenure of Change

Sharp has been with the SWAC since coming aboard as assistant commissioner in 2004. He assumed the head position in 2008.

Big changes under his watch included moving the SWAC football championship game and basketball tournament to Houston, switching to a seven-game conference schedule and securing the conference’s spot in the Celebration Bowl.

Stay with HBCU Gameday for continuing updates on this story.