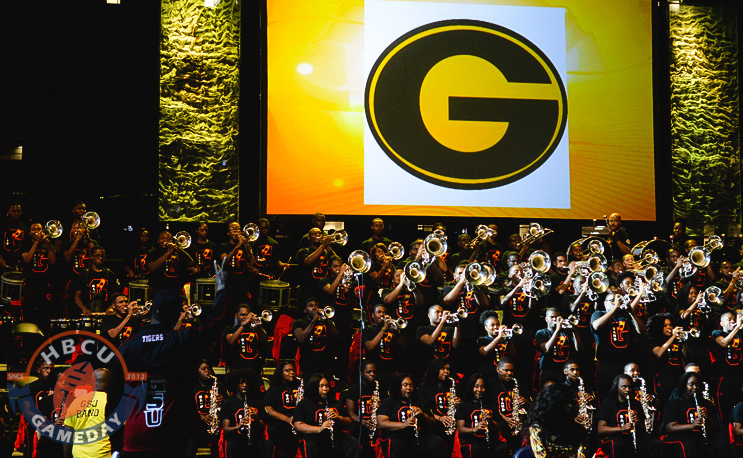 When mainstream media does cover HBCUs, often the focus is more on the bands than the actual athletes.

NEW ORLEANS–The 44th Annual Bayou Classic will take place on Saturday when Grambling and Southern face off in the Mercedes-Benz Superdome. There is a lot at stake, football-wise, as the winner of the game will win the right to face Alcorn State in the final SWAC Championship Game next week.

It’s the third time in a row that the outcome of the game will have bigger implications than just bragging rights. Still, for many people in and out of the HBCU football community, that is less important than the matchup between Southern’s Human Jukebox and Grambling’s World Famed Marching Tiger Band. And for some who really follow these teams throughout the year, that’s a problem.
[postBannerAd]
ESPN raised that question on Saturday morning when it’s College Gameday Crew talked about the Bayou Classic during its show.

Am I the only one who hates when outsiders talk HBCU football the first thing they bring up are the bands? I think it’s insulting/disrespectful to the players and coaches. https://t.co/6nXaCd506y

Pope, a sports reporter for the Durham Herald-Sun, took issue with the way the game was framed. As a member of the media and an HBCU alumnus, his critique is one that many have had.

An Elizabeth City State graduate, he’s also spent the last year-plus covering the North Carolina Central beat for his publication. It was announced earlier this week that he will be moved to the reporting beat but will cover “some NCCU.”

And NCCU gets the short end of the stick. “He’ll still do some Central…” means NCCU no longer has a dedicated beat writer, for a Division I university in Durham that has been winning championships! SMH https://t.co/UpbEiDRTwl

Back to the situation at hand, the band chatter from mainstream media often borders on a backhanded compliment tone. It’s even worse during the NCAA Tournament when the MEAC and SWAC representatives are pinned against a top-flight Power Five team that they have little chance of beating.

At HBCU Gameday, we have always recognized that the bands are an important part of the experience, hence the nod to them embedded in our name. I wanted it to be more than just sports, and bands elevate it to that level. But games allow bands a chance to showcase their skills on a regular basis as well.

Make no mistake about it, HBCU marching bands matter and do put butts in the seat. I wrote an editorial about how removing the battle of the bands from football games would kill HBCU culture, so I get it. Friday night I got to see the power of HBCU bands first hand again at the Bayou Classic Battle of the Bands for the second year in a row and it was amazing.

But for those of us who cover or care for the sport deeper than just sky level, the band praise from mainstream media often feels like a slap in the face to the student-athletes, coaches, and administrators who dedicate themselves to putting out the best product available.

Give us your thoughts in the comments.