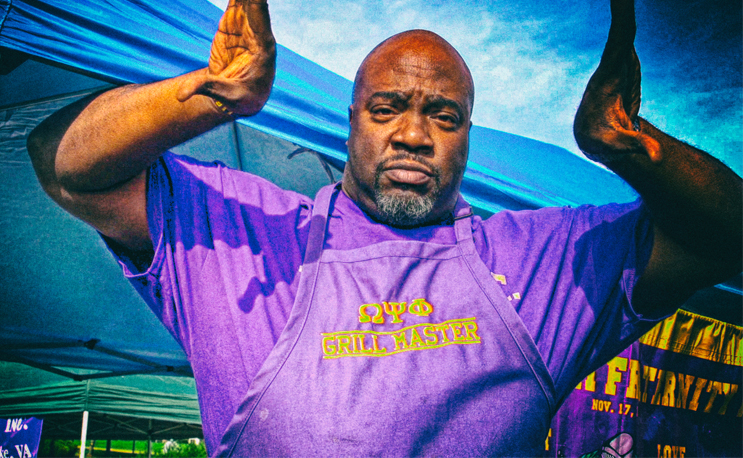 The Que Dawgs put their gold boot in some BBQ

Roo in the House

Ain’t no tailgate like a Que Dawg Tailgate. Cause a Que Dawg Tailgate raises money for kids to go to HBCU’s. The Gamma Alpha Chapter of Omega Psi Phi in Roanoke, Virginia hosted a Tailgate at the 2017 CIAA Football Championship. They not only brought out their chapter-mates from Virginia but they united “Bruh’s” from Alabama to Oakland.

A Trojan and a Bronco but still Bruhs

Fellow “Que-Dawg” Eric Martin competed in the Tailgate Cook-Off Competition at the 2017 CIAA Football Championship. Martin is an Air Force Veteran and Omega-man representing the Loudoun County Ques of Loudoun County Virginia. He came to Salem ready to show the CIAA Championship crowd that the Que Dawgs can throw down on the grill, and he did just that by winning the 2017 CIAA Football Championship Tailgate Cook-Off Competition.

BBQ in the Blue Ridge Parkway

We caught up with Eric in the parking lot while he was grilling his championship ribs and chicken, to hear about all the fundraising he and his chapter do for the kids and we talked to Tuskegee Alum Reginald Parker about the Omega brotherhood that brought Ques together from coast to coast to Salem Virginia for the 2017 CIAA Championship.