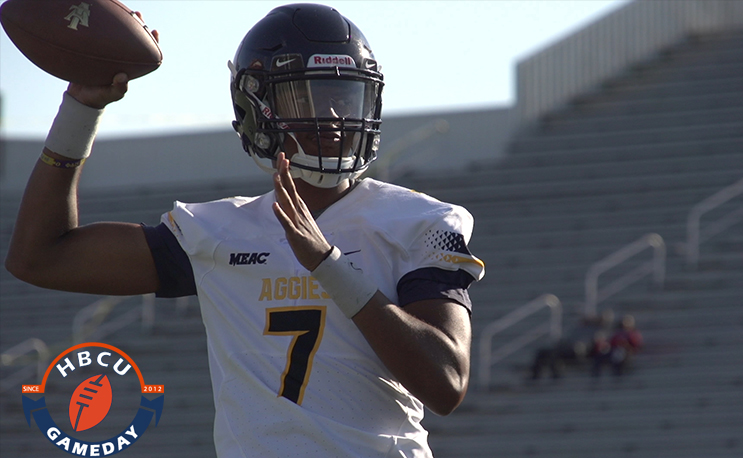 South Carolina State held North Carolina A&T to its lowest point total of the season so far, but it still wasn’t enough to put a blemish on its rival’s record. Nationally-ranked A&T left Orangeburg, SC with a 21-7 win to improve to 5-0.

“We’ll take it,” A&T coach Rod Broadway said via NCATAggies.com.  “This is a tough place to play. We are going to go back and get some things fix because we turned the ball over more than we normally do today. But we are never going to complain about winning, especially against a team like this.”

A&T quarterback Lamar Raynard cooled off slightly from his blazing start to the season, completing 18 of 31 passes for 298 yards and two touchdowns, while throwing his first interception of the year.

A whopping 71 of those yards came on one play as Raynard connected with Xavier Griffin for the Aggies final touchdown score, giving them an 18-0 lead in the game, which was plenty as SCSU struggled to put points up on the board.

But that didn’t stop the Bulldogs’ fans from having a good time.

When in doubt, Pass the Peas….. pic.twitter.com/yhJu8z440o

Marquell Cartwright led A&T with 94 yards rushing as the guy who he inherited his job from looked on.

Only people able to catch @_Twenty8_ , your guys here at @HBCUGameday pic.twitter.com/jWk47ZcaKY