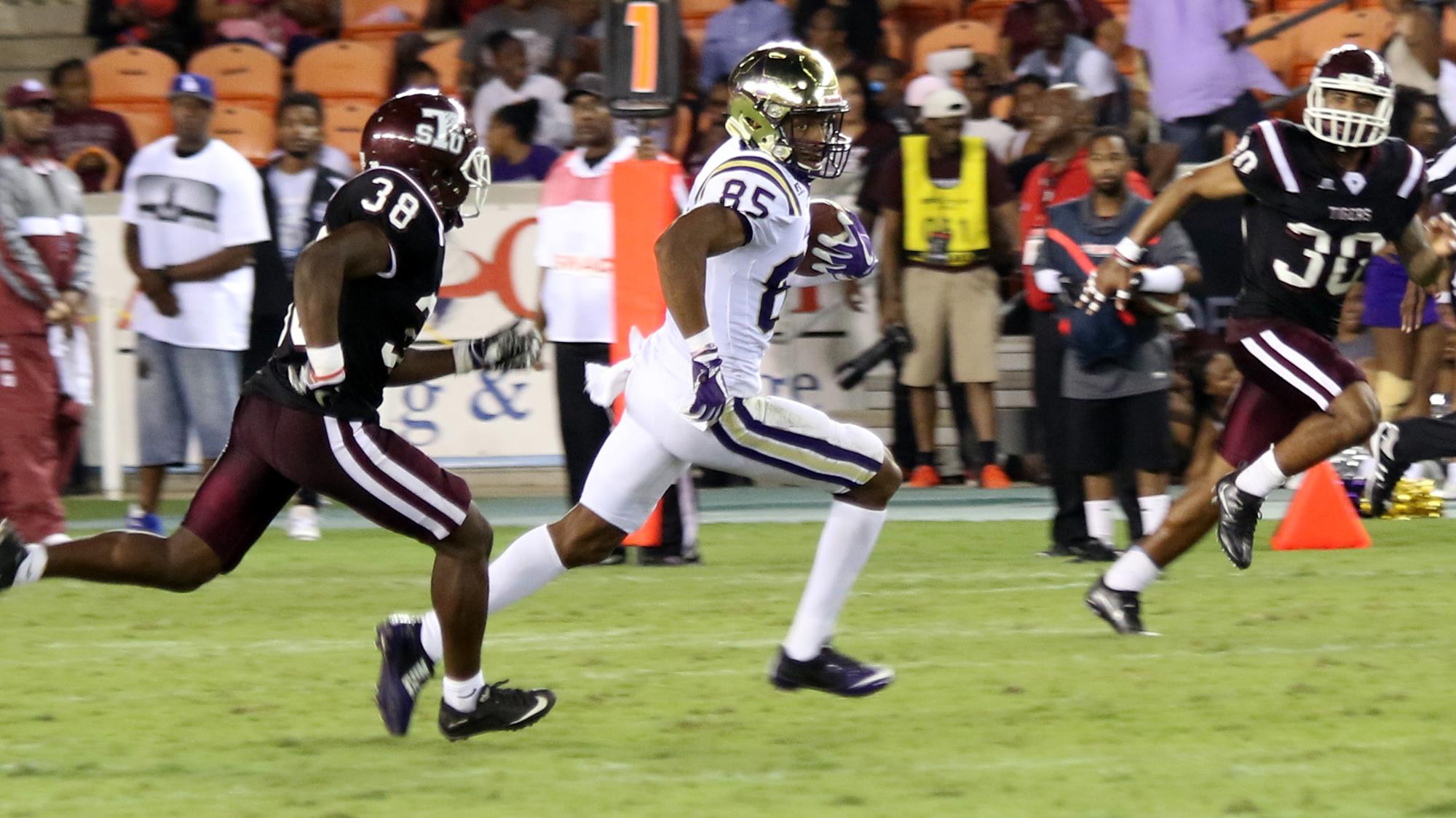 We’ve arrived at mid-season and our first true shake-up of the power rankings as two new teams enter into play.

Roughly a month ago, six HBCU teams across FCS and Division II were ranked nationally. Heading into our Week Six Power Rankings, that number is down to three.

North Carolina A&T heads up the list as it continues to climb in the FCS Poll. A&T moved up to 12th in the Coaches Poll after a 21-7 victory over MEAC rival South Carolina State as Lamar Raynard and Company improved to 5-0 to start the season. A&T is currently 15th on the STATS FCS Poll.

Joining A&T in those two polls are Grambling State. The defending SWAC Champs moved up one place in the STATS Poll, going from 22 to 21, and went up from 22nd to 19th in the Coaches Poll. GSU struggled with the SIAC’s Clark Atlanta early in the Chicago Classic but managed to pull out a 31-20 win thanks in large part to the play of quarterback DeVante Kincade who won SWAC Offensive Player of The Week Honors for his performance.

Bowie State remains the lone HBCU representative in the D2 national polls. BSU moved to 19th in the AFCA Coaches Poll on Monday after a 64-31 win over Fayetteville State on Saturday. That improved its previous ranking by two spots after scoring better than 60 points in each of its last three games.

There are several teams receiving votes this week, including a Virginia State team that has yet to lose a game and has a win against an FCS team as a Division II program. In the FCS, Prairie View is garnering consideration as is Tennessee State, who fell out of the rankings following their second consecutive loss to OVC foe Eastern Illinois.

1. North Carolina A&T (5-0):  A&T just keeps on rolling, and it should keep on rolling right through GHOE as it takes on Delaware State on Saturday.

2. Grambling State (4-1): Coming into the season most people expected Grambling to blow Clark Atlanta out of the water in the Chicago Classic. It wasn’t as easy as expected and things won’t get any easier this week against a tough Prairie View squad in the State Fair Classic.

3. North Carolina Central (3-1): New look NCCU finally got out of Durham last week and returned home with a win over FAMU. This week it will hit the road again to take on Howard in a game that could factor heavily into the MEAC race when all is said and done.

4. Alcorn State (3-2): ASU makes its first appearance on the Power List after fending off a feisty Texas Southern squad. It will attempt to pick up its third win in a row on Thursday when it takes on Alabama State.

5. Howard (2-2): HU remained idle last week along with most of the MEAC. It has a tough task ahead of it as it looks to end North Carolina Central’s 17-game conference winning streak.

1. Bowie State (5-0): Amir Hall is no longer perfect this season, as he finally threw his first pick of the year, but his team is as it continues to run-and-gun through the CIAA.

3. Albany State (3-2): After two tough non-conference games, ASU got back in the winners circle with a 34-9 victory over Miles. With three of its next four games at home, things are definitely looking up.

4. Langston (4-0): Okay, so this is a first. Langston plays in the NAIA and they have quietly gone 4-0 and are ranked ninth in that league’s national poll. Ok, Lions, you have our attention.

5. Winston-Salem State (3-2): After back-to-back battles in Virginia, WSSU returned home and got themselves a gift with a game against a winless Lincoln team. WSSU now turns its attention to Southern Division play where it has been dominant as of late, winning 29 of its last 30 games going back to the 2011 season.