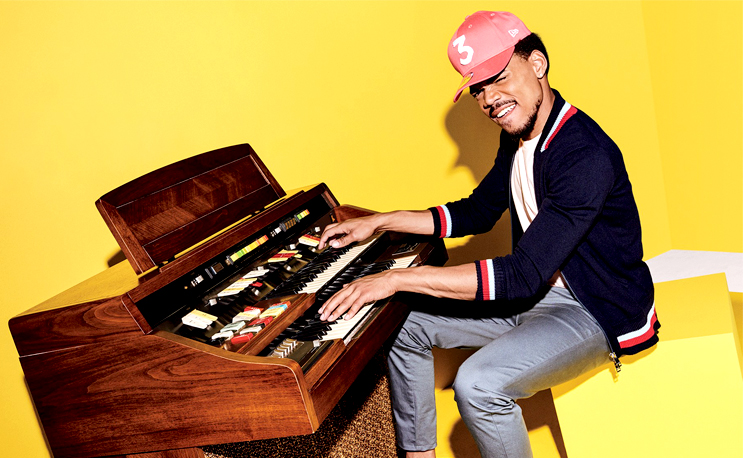 How I twice fumbled the funniest story of the year.

By my own admission, I’m always behind on everything that happens in the Twitterverse. No greater story did I let slide literally underneath my feet than Chance the Rapper’s tweet about wanting to go to Clark Atlanta University as a student.  This all started on August 20th with this tweet from Chance.

I was tryna go to Clark ATL. I'm still tryna go. Like not honorary, the full blown ya dig. Can someone help me sign up

Now I am the official SIAC reporter for HBCU Gameday and I’ve literally had my boots on the ground in the AUC at least three times in the last week.  Had I checked our Twitter feed every five minutes like a wanna be millennial I would have caught the hilarity that ensued.  Starting with this response from the Morehouse Twitter account.

The AUC is a great place to be. Morehouse is an even better House to call home! Welcome home my brother, we would love to have you in Atl.

So Clark Atlanta had the leverage at this point and wasn’t about to let Morehouse swoop in and throw any shade, subtle or not.

He said #CAU. Stop the madness.

The irony of it all was that I was literally on the campus of Clark Atlanta at the time that Chance sent out the tweet.  I was shooting a feature story on one of the Panther football players and I could have easily broken the news to the players as they trotted off the practice field that night. Not only was I at ground zero of what was about to become a multi school recruiting war over Chance the Rapper, I was even briefly on Twitter posting a video.

Practicing pressure on the kicker at @CAU_Football prax. Carlos Saldana hit one at the horn from that same spot last year. @TheSIAC pic.twitter.com/zE4YURys8K

If you check the time stamp, I posted our tweet just thirteen minutes after Chance’s tweet.  I could have shot video of the players giving their own recruiting pitch to Chance before anyone else had a chance to really give this story some legs.  The HBCU Gameday account could have been retweeted, liked and quoted a million times over by entertainment outlets across the world.

It was the oh so rare opportunity of being in the right place at the right time and ready to take advantage of it.  Except I was posting a video that got a whopping five retweets and nine of those little heart things.

The story of this Twitter battle and my shortcomings as a reporter gets even better because other schools jump in after I go back to Clark Atlanta to shoot yet another story. Follow the exchange as Clark Atlanta beats back every suitor trying to take their shot with Chance.

.@chancetherapper we heard that you wanted to attend an HBCU! 🤔Check out our accelerated online degree programs! #GiveClaflinACHANCE

Nah bruh,he said wanted to attend @CAU. But, maybe we can convince him to do a #HBCU tour. #CAU would be his first stop, tho. #WeAreCAU

Just like the fight scene from Anchor Man, someone else decides to roll up on the block, followed by another.

We don't have any problems with @CAU, but @THEMARCHING100 has an idea of how we can welcome you to the Hill @chancetherapper. pic.twitter.com/AyKz2OWdx0

At this point, it’s just child’s play for CAU because you can’t mention that you want a piece of Chance without acknowledging that he first said he wants to go to Clark Atlanta. So the Panthers just started dropping memes like they had a hand full of spades.

CAU is now just roasting all the other schools and they’ve even gone in on the iconic Marching 100.  Sure they are just having fun but this is nirvana for the HBCU community on Twitter.  At the very same moment the band smack was going down I was back on the Clark Atlanta campus shooting a feature story on what else?  The Clark Atlanta band.

It was once again the perfect opportunity for me to ask the band director and members of the band what would they think of having a musical icon like Chance as their classmate.  I would have been late to the story but it still had some momentum and HBCU Gameday could have stoked the flames just a little longer.

Of course, I had my phone on me and I was on social, except I was posting a picture to Instagram.

Man #Atlanta is going to be full of @hbcugameday and @protectyourskull t-shirts. Another happy camper at @cau1988

By the time I got back to my truck I took a cruise through Twitter just to make sure that I didn’t miss anything while I was in the AUC.  I saw this Tweet from Clark Atlanta, the very first time I was aware that any dialogue existed between the Panthers and Chance.

Having no context of the original tweet and all of the clapbacks, I thought this was some sort of petition to get Chance to perform at a homecoming show.  I shrugged it off, scrolled a little more before deciding that nothing newsworthy was happening around here and I drove home.

Later that night my fellow HBCU Gameday colleague Steven Gaither called and said, “Hey man did you hear what Chance said about Clark Atlanta, I meant to tell you about it the other day.”