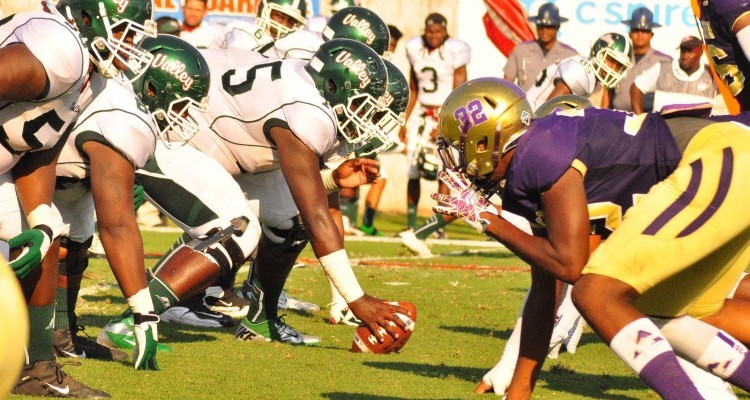 BIRMINGHAM, Ala. – Mississippi Valley State head football coach Rick Comegy isn’t shying away from a road-heavy start to the season against battle-tested teams from around the nation.

The Delta Devils (1-10 overall, 1-8 SWAC in 2016) will open with five of their first six games on the road away from the friendly confines of Itta Bena, Miss. and mixes in some challenging non-conference opponents including a huge test at FCS national powerhouse No. 2 ranked North Dakota State in the season opener on Sept. 2 that will be aired on ESPN3.

The schedule continues with a trip to Southern Illinois of the Missouri Valley Conference in week two and then will host the defending SWAC Champions and Celebration Bowl winners Grambling State (ranked #21) in week four.

“That’s the way the schedule is,” Comegy added. “The only thing that I can say right now is we got to get our kids prepared to play football. And, if we can prepare our kids correctly, then we’ll be alright. Hard work is the only way that I can answer that.”

In 2016, the Delta Devils ranked ninth in scoring offense with 14.0 points per game, was 10th in total offense (245.3 yards per game), and finished 10th in rushing offense by running for 25.0 yards per contest. The Delta Devils passing offense was more toward the middle of the pack with 220.3 passing yards per game (fifth in the SWAC).
New quarterbacks have entered the fray at Mississippi Valley State and there could be open competition between transfer Jett Even, senior James Crosby, and freshmen Dewayne Betts and Christopher Fowler.

Running back will be a position of note as the Delta Devils will look to find a dependable option to take some pressure off their new quarterback. Charlie Crenshaw, Stavonski Wilkes, Kyuntrae Bell and Tyler Brewer could all share that responsibility. None received more than 32 carries a season ago (Crenshaw).

The offense should also be aided by senior offensive lineman and All-SWAC Preseason Second Team selection Alvin Solomon, who offers some size and skill up front at 6-2 and 305 pounds.

Lining up at receiver will be returning senior Jesse Bryant, who averaged 19.4 yards per catch in 2016. But again, there will be plenty of opportunities for others to step into a larger role with the departure of top receiver Joshua Banks, who led the team with 48 receptions for 652 yards and five touchdowns.

Mississippi Valley State will have to work as a whole to improve in all areas, but should key in on the turnover battle as a way to alleviate some of their troubles. The Delta Devils were a conference-worst minus 11 in that category as the team forced 20 turnovers, but turned it over on 31 occasions in 2016.

The Delta Devils defense will have to improve their red zone defense as the team allowed opposing teams to score a league-high 37 touchdowns in that situation and tied for the worst red zone defense as it allowed teams to come away with points 89.6 percent of the time.

The secondary has the potential to be a strength of the team.

Potential game breaker: Nicholas. The redshirt junior ranked in the top 20 in the conference in both interceptions (tied for second with four) and also ranked 17th in passes defended with seven to his credit. With Pegues shifting to assist him in the secondary, the Atlanta, Ga. native has an opportunity to make even more plays in 2017.