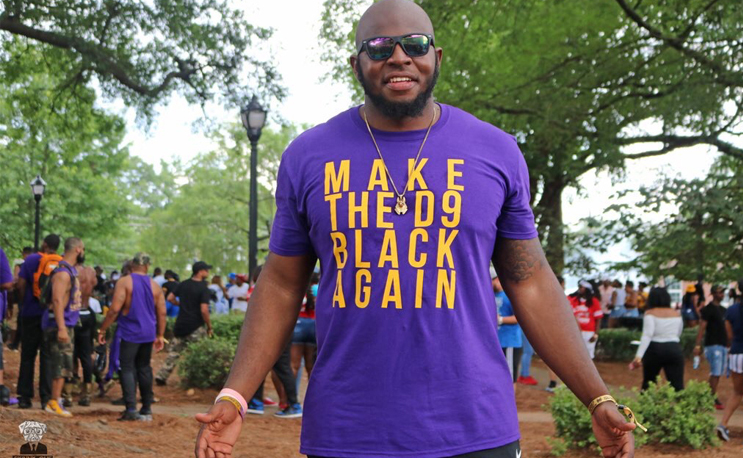 The man behind the controversial shirt that made waves at the AGP explains his motives.

At the picnic, numerous members of the Divine Nine sport paraphernalia that showcases their love for their respective organizations. As a member of Omega Psi Phi Fraternity Inc. (Shoutout to the Zeta Chapter at Virginia Union University) I made my way to Atlanta to join in. But with a purpose.

I chose to wear a shirt at the AGP that I knew would bring some controversy, but it would also bring up a conversation that many in the Divine Nine are scared to have. There is a historical context to the shirt. It is bigger than the phrase. That is what I intended on explaining to individuals in person.

However, I realized in this generation, that nobody wants to speak face to face. They would rather speak their piece over the internet. I planned to wear this shirt for months before Atlanta Greek Picnic. For those who know me, activism through fashion is just as important as activism through my voice and literature. Such a shirt like this is nothing new to me. I have worn Sweaters saying “Black Female Consumption Only” or “Everybody Wanna Be Black Until It’s Time To Be Black,” in the past. I have also worn shirts saying “Malcolm Taught Me” or “Blacker The College, The Sweeter the Knowledge.”

Here’s a thread of reactions to my shirt…..

My inspiration stems from the history that I love to study. It comes from my love for my people. I just want to see my people thrive. I made a promise to my mom before she passed away that I was going to do something to change the world. Historically, black people’s kindness can be looked at as a weakness. In my opinion, integration may not have been the best thing for Blacks for this exact reason, the fear of an infiltration and then a takeover.

The history of black organizations and businesses will continue to end with the same exact result if we continue to allow any and everyone to join. It seems like Blacks can never have anything of their own. Then we will cry about Culture Vultures and people “appropriating” our culture. Then when non-Black members accede to the Divine Nine, they are put on a pedestal and praised just because they’re not black. There are a few examples of this, including the White Kappa who shimmied and became the most famous Divine Nine member. He didn’t do that; black folks did that.

I see people show their dislike for people like YesJulz, but chapters are crossing people just like her every semester.

The Divine Nine will be controlled by non-Black members soon if we continue on this path. Blacks feel if we make our organizations inclusive then we look better than white organizations but in reality, they do not care. White people would not go this hard for their Black members, but Blacks will always put down a brotha speaking truth to allow their white peers to remain comfortable.

Everyone does not deserve an invitation to The Cookout!