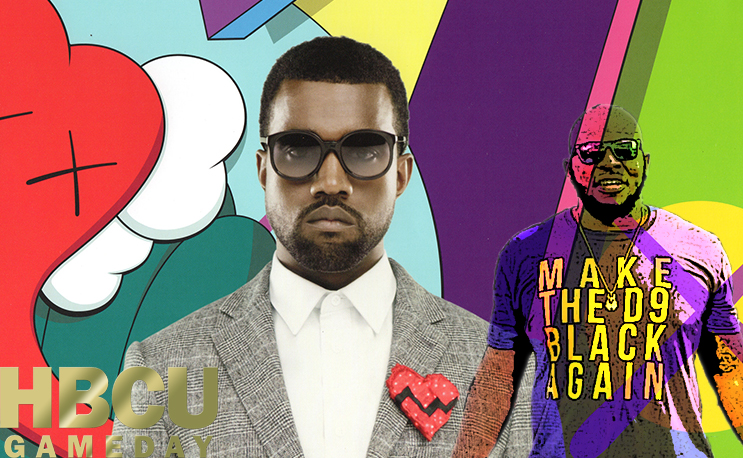 Full Disclosure: I’m a Member of Alpha Phi Alpha, and the following post isn’t meant to point fingers outwardly at any organization without acknowledging the truths of all our organizations. Let’s proceed.

🤷🏿‍♂️
Nobody said anything to me at AGP.
Everyone has a voice on social media
Soft pic.twitter.com/4Htb3RbmpI

This is Gerald Jerome Huggins, Jr. Mr. Huggins is a member of Omega Psi Phi Fraternity, Inc, initiated into the Zeta Chapter at Virginia Union University. I’m sure he’s a nice guy.

Mr. Huggins has caused some amount of “controversy” by choosing to wear the shirt in this photo which states “Make the D9 Black Again” to the Atlanta Greek Picnic, a yearly social event where members of the Historically Black Greek Letter Organizations known as the Divine 9 come together for a weekend of fellowship and an overall good time. Knowing his shirt would cause some controversy, Mr. Huggins penned his purpose for wearing this shirt and what it means to him on HBCU Gameday.

I’m going to allow Mr. Huggins’ words to speak for him:

Historically, black people’s kindness can be looked at as a weakness. In my opinion, integration may not have been the best thing for Blacks for this exact reason, the fear of an infiltration and then a takeover.

The history of black organizations and businesses will continue to end with the same exact result if we continue to allow any and everyone to join. It seems like Blacks can never have anything of their own. Then we will cry about Culture Vultures and people “appropriating” our culture. Then when non-Black members accede to the Divine Nine, they are put on a pedestal and praised just because they’re not black. There are a few examples of this, including the White Kappa who shimmied and became the most famous Divine Nine member. He didn’t do that; black folks did that.

I see people show their dislike for people like YesJulz, but chapters are crossing people just like her every semester.

I offer that lead in to say this: Gerald, and anyone who is in agreement with him:

Look, I get it. I, too, have been annoyed with our black folks and the kindness offered too often to individuals who are not black — white and Non-Black people of color alike — who usurp and take aspects of black culture, but care little to none about black lives, but get ridiculous invitations to imaginary cookouts. I, too, understand frustration with the amount of attention given to Sam, the infamous “White Kappa” who gained large amounts of attention thanks to social media coverage.

“Over the past 30 years, the financial activity rates for black Greek members have been abysmal,” Divine Nine author Lawrence Ross wrote in 2010. “With one in 10 fraternity members staying active, and about four in 10 sorority members remaining active in their organizations.”

To me, it seems that 90% of initiates into our fraternities, and 60% of our initiates into our sororities not remaining financially active is much more damaging to our organizations than the impending (non) issue of the integration within the Divine 9.

To somehow fear that our organizations are going to be taken over due to integration, or allowing non-Black members into our ranks, with all due respect — and to quote pre-Sunken place Kanye again — “Why are you so paranoid?”

Anyone reading this, please humor me, can you name 5 non-black members of any Divine 9 Organization? If you can, how many of them have become a chapter president or whatever the equivalent term for that organization is? How many who worked in a largely significant for the District, State or National level of the organization? The point is, we have much bigger things to worry about than if our organizations are in risk of being taken over just because one white person got attention for shimmying. Social Media notoriety is not now, and never has been a clear and accurate estimation of any issue or non-issue.

At the end of the day what’s most important is that we uphold the standards set by our founders, and continue to excel in our individual missions. If a White member of my organization is financially and physically active, and working to push the mission of my organization forward towards the future, I’d much rather call him a brother than a Black man who is a shirt wearer any day of the week.

Eric Price II is a graduate of Winston-Salem State University. He is a native and resident of the Washington DC Metropolitan area and a member of Alpha Phi Alpha Fraternity, Inc. To read more offerings by Eric, follow his postings on Medium or follow him on Twitter.