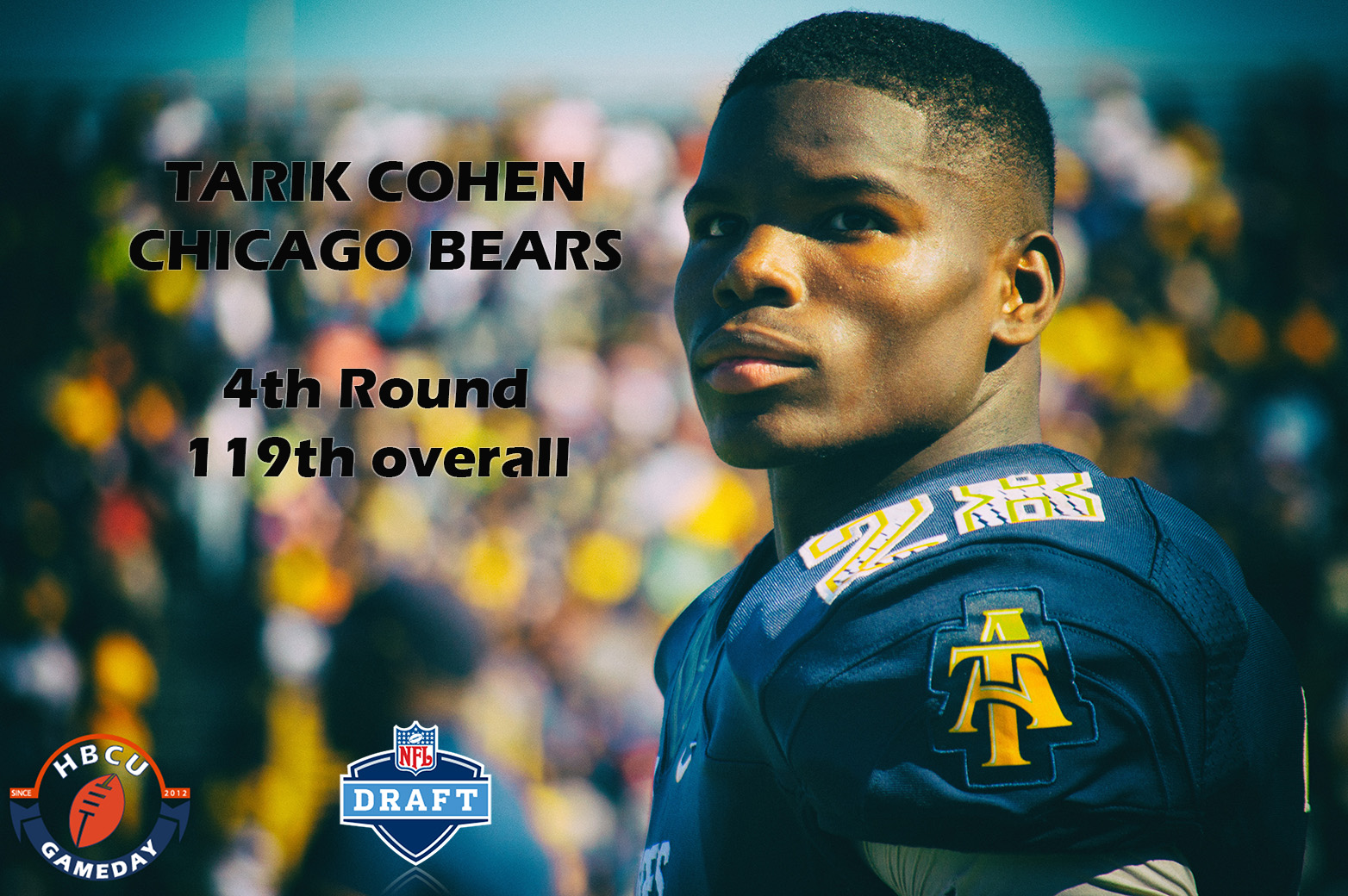 Tarik Cohen became the first HBCU running back drafted in nearly 20 years when he was selected by the Chicago Bears.

After years of speculation and two intense days of waiting, Tarik Cohen is now officially an NFL back. The former North Carolina A&T standout was selected by the Chicago Bears with the 119th pick in the fourth round.

The 5’6, 165 pound back from Bunn, NC re-wrote the record books at his alma mater and in the MEAC, rushing for 5,619 yards and 56 touchdowns in four seasons. His rushing total is the highest among FCS running backs from HBCUs.

Despite his eye-popping numbers and eye-popping highlights, Cohen still faced an uphill climb showing NFL scouts that he was worthy of a draft pick thanks to his size (5’6, 170 pounds) as well as the size of his school.

On his chiseled shoulders stand the hopes and dreams of his family, his hometown, North Carolina A&T and HBCU fans all over.

We’ve followed Cohen since his freshman year at A&T where he led the MEAC in rushing despite only starting six games. We were there his sophomore season where he dominated all season long, even in a heart-breaking loss to North Carolina Central that cost his team the outright MEAC title. We were in Atlanta in 2015 when the junior ran crazy against Alcorn State in the inaugral Celebration Bowl. And we were there in 2016 when he broke the MEAC rushing record and chased the Payton Award.

We interviewed Cohen in his hometown last summer on the hottest day of the year and he told us he just needed one team to like him. Less than 365 days later, he now knows his destination. Chicago fans better buckle up for the ride.