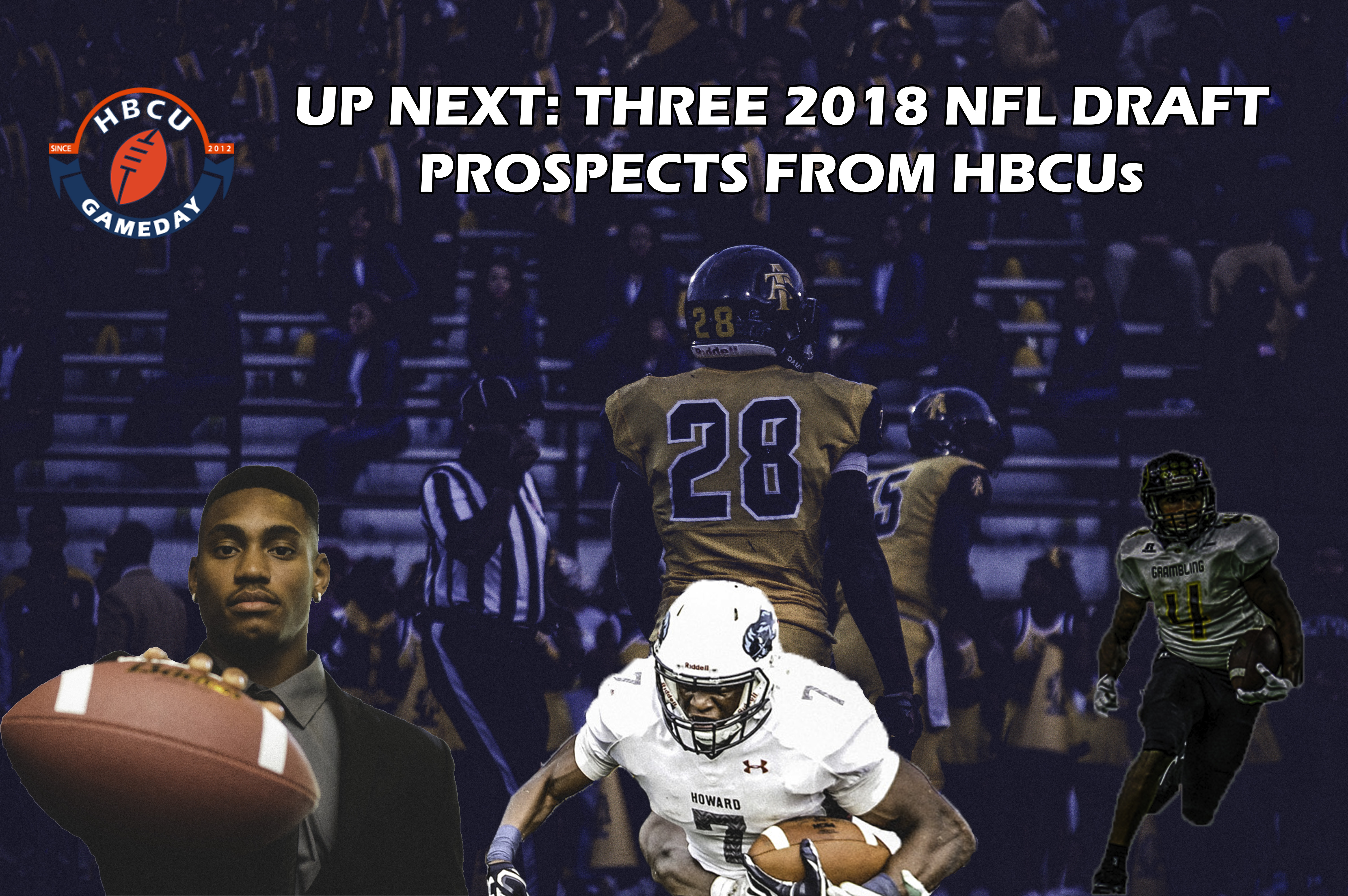 Tarik Cohen’s selection in the NFL Draft a little over a week ago was a monumental one, as the North Carolina A&T star became the first running back from an HBCU picked by an NFL team in almost 20 years.

Prior to the Chicago Bears taking Cohen in the fourth round (119th overall), the last HBCU running back to be selected in the NFL Draft was Livingstone’s Wilmont Perry back in 1998.

That’s a long drought, but here are three current HBCU backs who could be the next ball carrier from black college football to hear their name called one day soon.

The Grambling back has a few things in common with Cohen. Both are short (Cohen stands at 5’6, while Carter is generously listed at 5’8) but explosive. And both have been named Celebration Bowl MVP.

One advantage Carter, AKA “Mr. Excitement” has over Cohen is that he’s already a special teams star, entering his senior season with four punt return touchdowns in three seasons to go along with his 19 rushing touchdowns and seven receiving scores in just the last two seasons.

If he can play all season like he played the last month of the 2016 season as he had big games in the Bayou Classic, SWAC Championship and Celebration Bowl, this former basketball player could be the next HBCU back picked.

It was another disappointing year on the Hiltop in 2016 season, there was a big bright spot in the form of Philyaw. After a year away from football, the Los Angeles product came back in a big way, rushing for better than 100 yards in six games, including 200 yard-plus performances against Monmouth and Delaware State.

At 6’1, 205, Philyaw is a much bigger back than Cohen, whom he finished second to in rushing among MEAC backs (1,230 yards and nine touchdowns). He’s also a capable receiver, with 36 catches in 23 career games. It will be interesting to see how he’ll be used in Mike London’s scheme in 2016, but if he keeps up his production, scouts will definitely be wise to take a look at him.

Virginia State had one of the top rushing attacks in all of Division II football last season, and Cannon did much of the damage. Originally signed to D2 power Shepherd, Cannon has been a multi-dimensional weapon for VSU for the past two seasons, combining with Kevon Bellamy for a one-two punch that defenses spend all week planning for.

Cannon rushed for 1,214 yards on just 168 carries, averaging a Cohen-like 7.2 yards per carry and scoring 18 times on the ground. He’s also a terror on kickoff returns, averaging better than 32 yards per return in 2016. At 5’11, 175 pounds, he’s got ideal NFL size and Division I-level athleticism.