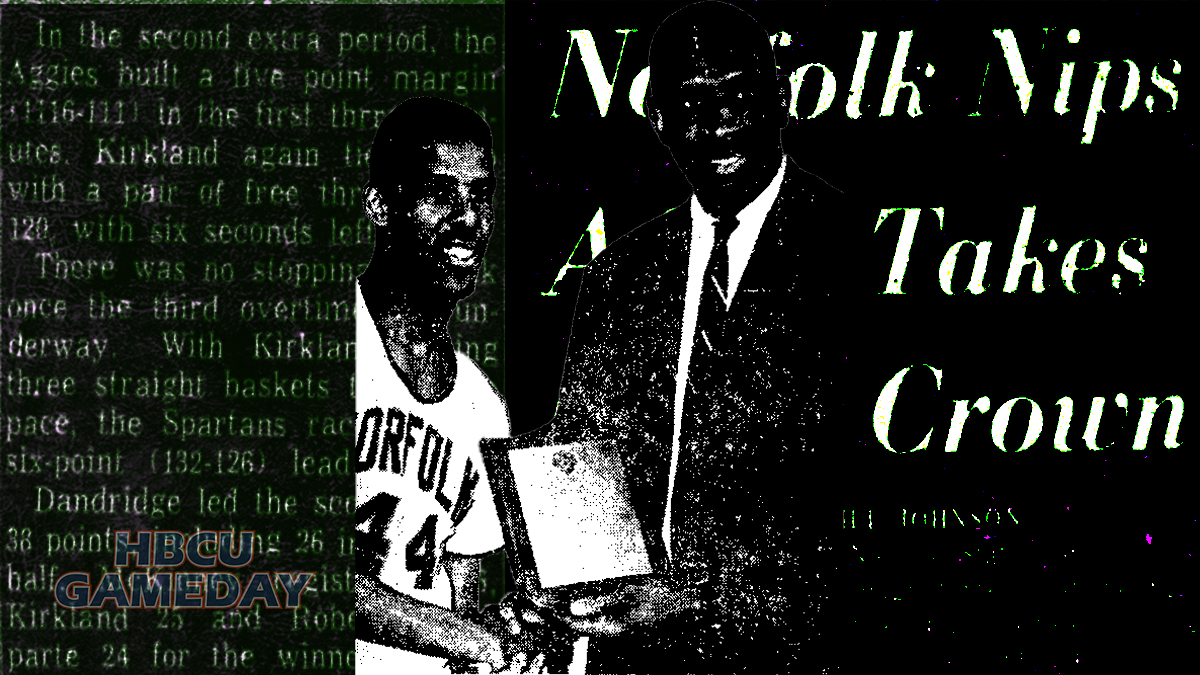 Pee Wee Kirkland didn’t stay at Norfolk State long, but his one season there and his time at Kitrell College are the stuff of legend.

The name Pee Wee Kirkland means a lot of things to a lot of people.  For many people, he was a streetball legend/ New York City OG who did a couple of stints in the prison in the 70s and 80s. But to folks in Norfolk, VA and around the CIAA, Richard Kirkland was once the lightening-fast motor for a high-octaine Norfolk State offense that averaged more than 100 points per game nearly two decades before the 3-point line was added to the college game.

Kirkland’s time at Norfolk State has largely been the stuff of legend for years, but we got a chance to hear from the man himself in recent interview. Kirkland adds to his legend a couple of times in the piece, but what many fans may find most interesting is that he claims that John Wooden sent scouts from UCLA to basically take him from Norfolk State.

“They said Kareem Abdul-Jabbar said you was the best point guard he ever seen,” Kirkland told VLad TV. “We want you to leave and come to UCLA, and next year, you‘ll be bringing the ball down, but you and Kareem will be playing together for four years. You and him will be drafted 1 and 2. We guarantee that.”

Here are four other interesting takeaways from the interview.

I had the choice to there or Winston-Salem. Either with Big House Gaines at Winston-Salem or Coach (Ernie) Fears at Norfolk State.

All he asked me was, could you get by two men? I said, I’ve been getting by two men all my life.

Norfolk State averaged better than 115 points per game that season. Without a 3-point line.

If only tapes of all Norfolk’s games existed.

Coach Richard Pitts, assistant coach said to Coach Fears, ‘the only way you’re gonna win this game is to let Kirkland shoot the ball. Coach looked at me and says ‘is that right?’ I said yup. I’ve been want to shoot the ball all year because that’s what I do…score.

Ironically, every coach, all 11 coaches voted for me to get most valuable—but my own coach.

And just like that, Kirkland’s time at Norfolk State was over. He remains one of the best HBCU players never to appear in an NBA game more than 50 years later.