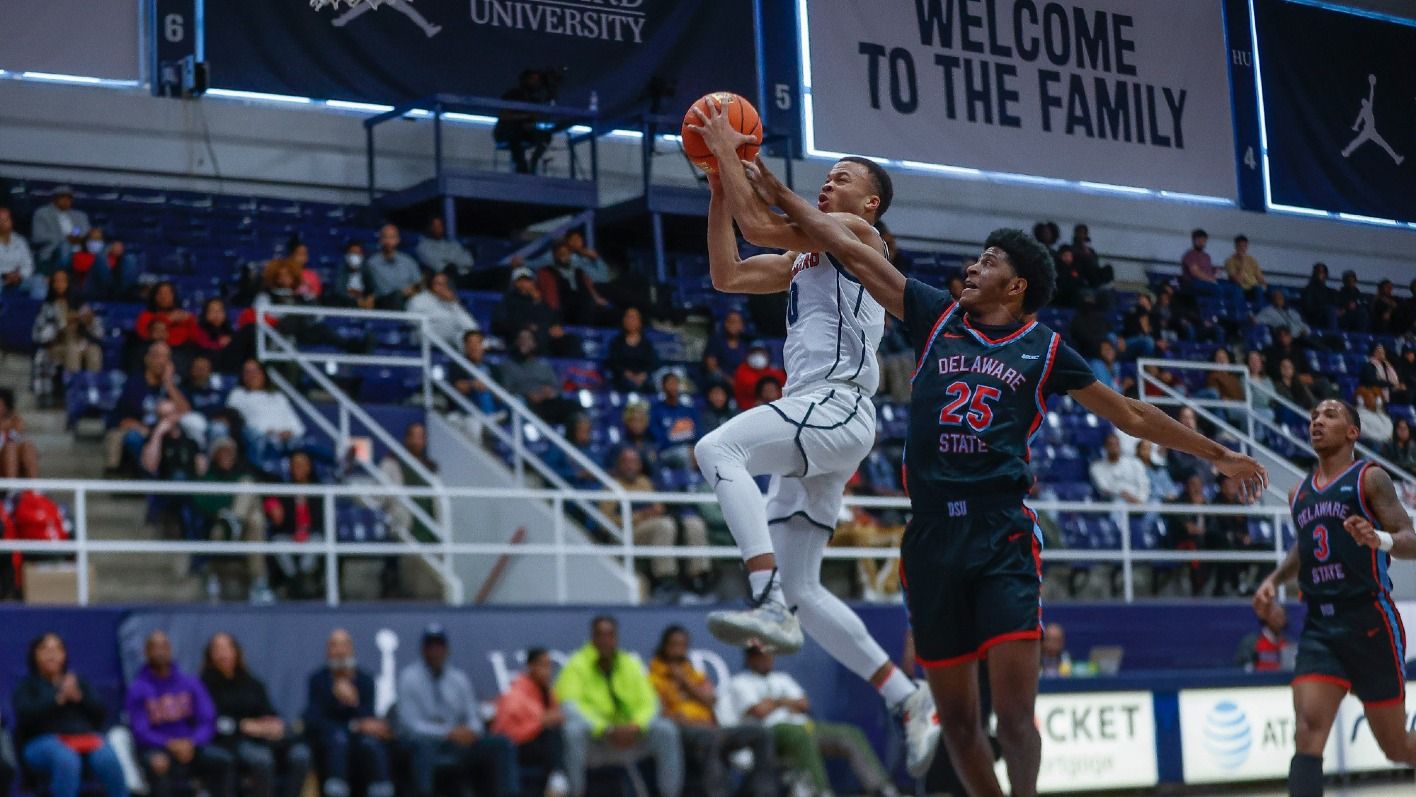 The transition game was a big factor in the Bisons’ success with 26 points coming off the fast break.

Howard takes down MEAC opponent Delaware State in a decisive 84-64 contest on Saturday evening. The Bison had the upper hand in this one, leading by as much as 26 points.

Marcus Dockery led the way for Howard, putting up 19 points. As a whole, the Bison were impressive on the offensive side of the ball, racking up 1.2 points per possession on 59% shooting from the field. The transition game was a big factor in their success, 26 of the team’s points came on the fast break.

Del State’s offense was led by O’Koye Parker, who scored 13 points against Howard. The Hornets shot 24-of-53 from the field and 7-of-17 from behind the arc. That netted out to an average of 0.91 points per possession, which wasn’t enough to win.

Both teams face their next test on Jan. 10. Howard catches UMES after a loss in its last game, while Delaware State faces Norfolk State at home. The Bison will hope their success follows them on the road. On the other side, the Hornets will get a shot to recover from this loss.