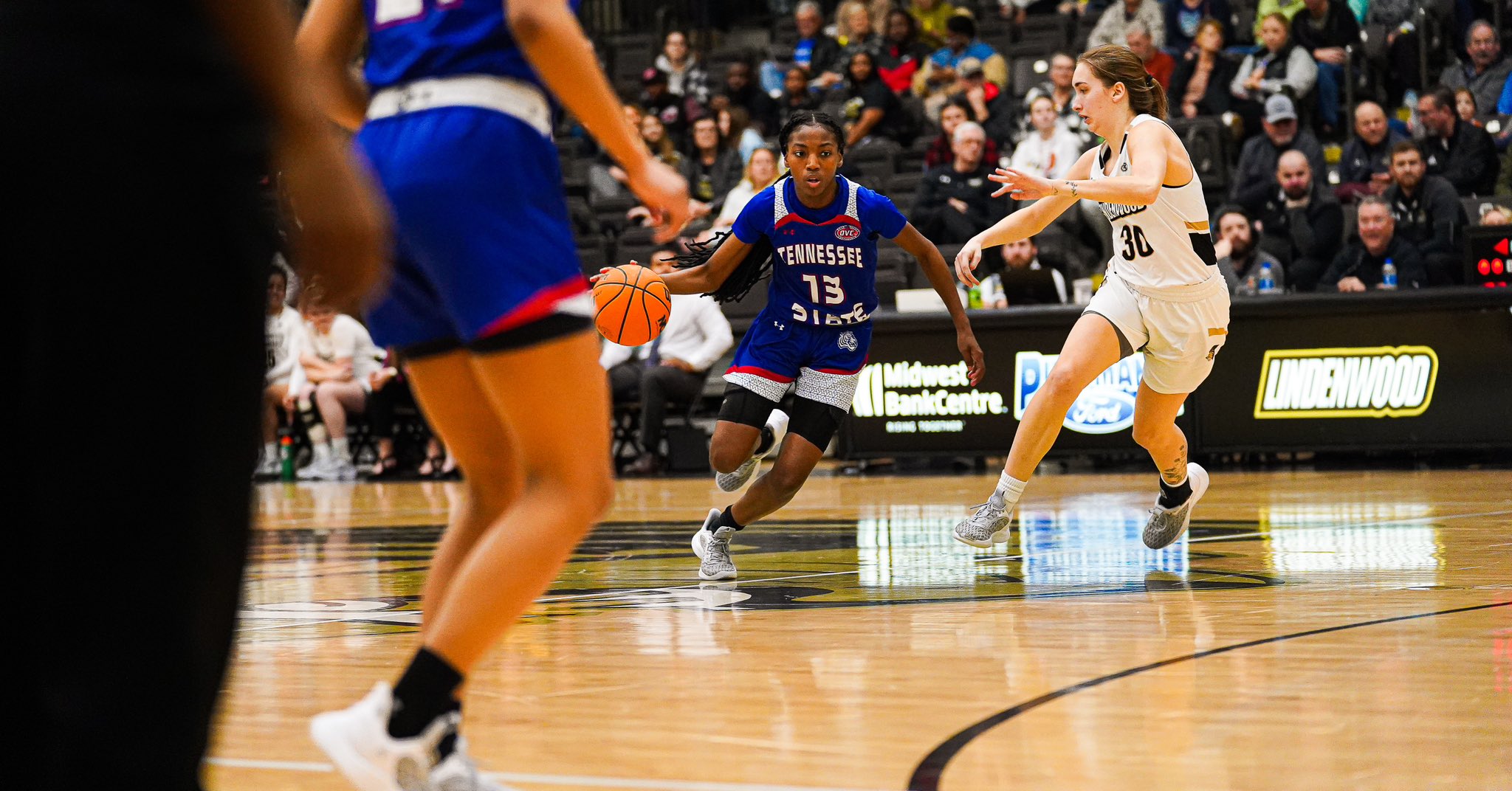 Gia Adams scored 20 of her 27 points in the second half to lead the Lady Tigers to victory.

Tennessee State broke its streak of three consecutive losses, defeating Lindenwood in dramatic fashion 79-74 on Saturday afternoon at Robert F. Hyland Arena. The Lions went into halftime with a one-point lead, but the Lady Tigers wouldn’t go down without a fight. They outscored the Lions 47-41 in the second half to come out on top.

Gia Adams scored 27 points to lead the way for Tennessee State. That performance included an impressive 20 points in the second half to ignite the team down the stretch. Tennessee State clearly refocused coming out of the break in this one. After accumulating 11 turnovers and often looking sloppy in the first half, the Lady Tigers put an increased emphasis on taking care of the ball and turned it around with just five second half turnovers.

Mary McGrath recorded 18 points and eight rebounds to lead the way for Lindenwood against Tennessee State. The Lions went 23-of-48 from the field in this one, including 9-of-20 from the three-point line. That netted out to an average of 1 points per possession, which wasn’t enough to win.

Both sides have some time off before facing their next opponents, which won’t be until Jan. 12. Tennessee State catches UT Martin after a loss in its last game, while Lindenwood has a shot to rebound against a struggling Southeast Mo. St. squad. The Lady Tigers will look to keep their momentum rolling and earn another win. On the other side, the Lions hope for a rebound performance on the road.