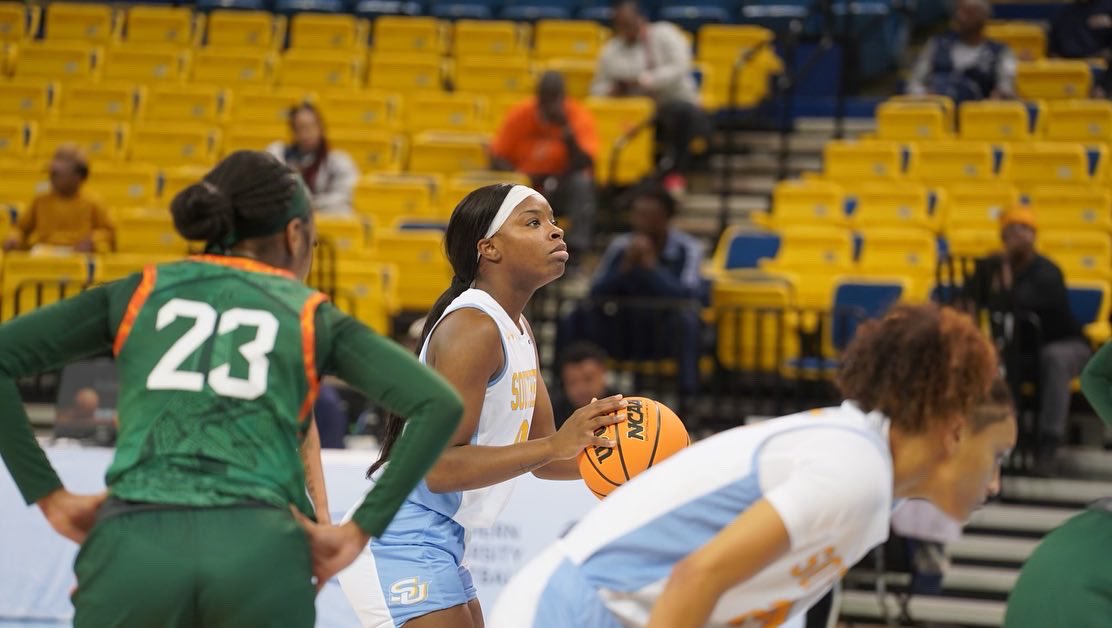 Genovea Johnson led the way for Southern, putting up 13 points and five rebounds.

Southern finds a way to beat Florida A&M, by a score of 55-49 on Saturday afternoon. The Lady Jaguars got off to a good start, going into halftime with a 26-21 lead. They then continued to outscore the Lady Rattlers 29-28 in the second half to come away with the victory.

Genovea Johnson led the way for Southern, putting up 13 points to go along with five boards. As a team, the Lady Jaguars shot 39% from the field, 20% from behind the arc, and 60% from the free throw line. They secured the win despite only scoring 0.72 points per possession on 45% true shooting.

Dylan Horton scored 16 points while Skylar Baltezegar added another 11 to lead the way for FAMU against Southern. As a team, the Lady Rattlers struggled to get things going offensively, scoring just 0.69 points per possession on 29% shooting from the field. Even the uncontested attempts were not falling, as the Lady Rattlers went a paltry 19-of-35 from the free throw line.

These teams will have little time to prep for their next test, as each plays next on Jan. 9. Southern gets a chance to end Bethune-Cookman’s winning streak, while Florida A&M faces a Grambling State squad recovering from a loss of its own. The Lady Jaguars will look to keep their momentum rolling and earn another win. On the other side, the Lady Rattlers will get a shot to recover from this loss.