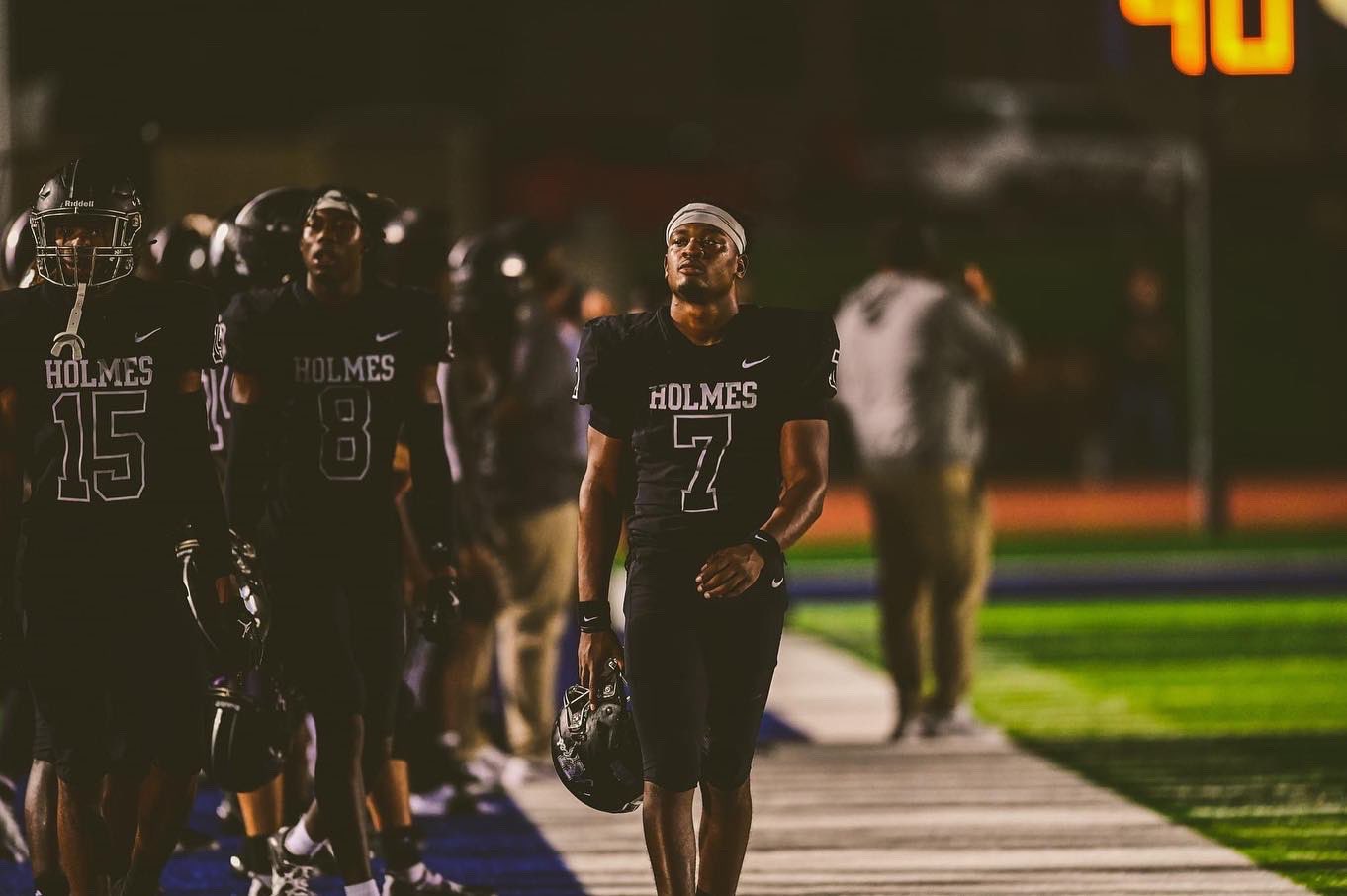 Shedeur Sanders’ Jackson State replacement could be on the way

With Shedeur Sanders on the way out, Jackson State is hoping it might have found its quarterback of the future.

The Shedeur Sanders Era at Jackson State is coming to a close, but one of the candidates for his successor may be headed to campus soon.

Philip Short, a 6’2 JUCO quarterback from Flowood, Miss. has committed to JSU. His commitment was announced shortly after T.C. Taylor was named the next head coach earlier in the day.

Central Florida, Florida, Texas State and Louisiana-Lafayette were other programs eyeing short, according to 247 Sports, along with Mississippi.

Philip Short completed 59 percent of his passes for 15 touchdowns and eight interceptions in his lone season at Holmes Community College in Mississippi. He started his career at Mississippi Gulf Coast College.

Short completed 206 of 355 passes for 3,545 yards, 31 TD and four interceptions while running for a pair of touchdowns as a senior at Madison-Ridgeland High School. He led the team to the MAIS Class 6A state championship by completing 28-of-40 passes for 528 yards and 5 TD in the title game. Short was named the MAIS Class 6A Offensive Player of the Year and the Jackson Quarterback Club Player of the Year. He was also named to the Clarion-Ledger All-State Second Team and the MaxPreps All-State Second Team.

Jackson State will have to re-vamp its passing game as Shedeur Sanders is headed with his father to Colorado. His backup, J.P. Andrade, is a senior. Sanders will play in the Celebration Bowl as JSU attempts to complete a 13-0 season with a win against North Carolina Central.

Shedeur Sanders’ Jackson State replacement could be on the way