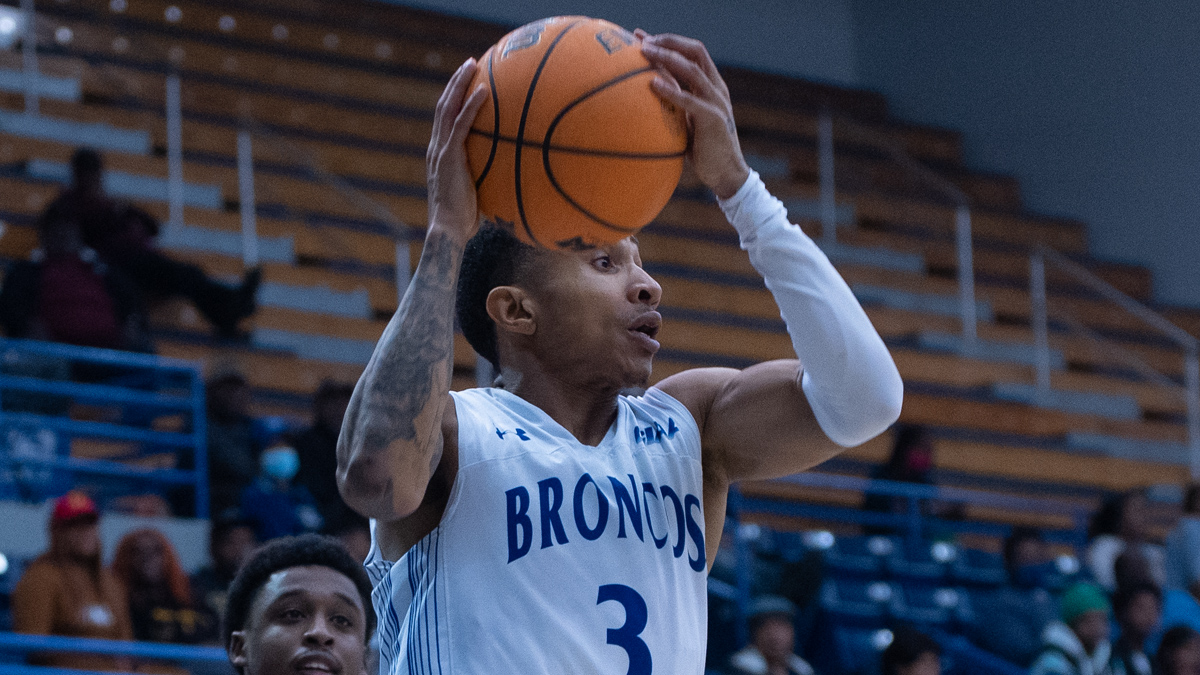 Fayetteville State got down early but bounced back with two big performances to start CIAA play 1-0.

Fayetteville State forced 13 Shaw turnovers while committing 12 themselves in Wednesday’s game. The Broncos turned those takeaways into 11 points on the other end of the floor. Foster’s two steals led the way for Fayetteville State.

After falling behind 30-19, Fayetteville State went on a 13-0 run with 3:11 left in the first half, culminating in a bucket from Foster, to take a 32-30 lead. The Broncos then surrendered that lead and entered halftime down 34-32.

Shaw kept widening its lead after intermission, constructing a 50-40 advantage before Fayetteville State went on a 7-0 run, finished off by Foster’s three, to shrink the deficit to 50-47 with 8:13 to go in the contest. The Broncos kept the rally going and took the lead for good on Worthy’s jumper with 03:21 left for a 71-66 comeback victory. Fayetteville State got a boost from its bench in the period, as non-starters accounted for 19 of its 39 total points.

Game Notes» Fayetteville State lit it up from three point land, knocking down eight treys in the game.
» Tyler Foster, Cress Worthy, and Jacob Crutchfield combined to account for 79 percent of the Broncos points.
» The FSU bench came alive by adding 30 points to its scoring output.
» FSU had a 36-26 edge on the boards in the win.
» The Bronco defense forced 13 turnovers.
» FSU cleaned up on the offensive glass, collecting 13 offensive boards in the game.
» Tyler Foster had a game-high 28 points and Cress Worthy added 21.
» FSUgot a game-high eight rebounds from Kaleb Coleman.